“Do you know Tetris?” Yuwei asks, as she describes the way she, together with fellow Tembusians, once built a basketball court together. Like Tetris, she says, as she explains piecing bricks together to build the foundation of the basketball court.  This effort was made when she participated in Projek T-Kampung, an overseas community project, to West Timor.

If we could even begin to approach Yuwei’s life, it could not be more aptly encapsulated in a game of Tetris. Being involved in an array of activities, Yuwei not only assumes several personas, but also possesses strong opinions across a spectrum of issues.

As Yuwei recounts her experience in West Timor, she recalls being inspired by the children who seemed contented and cheerful in spite of the realities that confronted them. Following that encounter, she says that, more than anything, being happy has very much enlightened her ambitions. As she strives in her academic commitments and leadership responsibilities, she really just wants to be happy. The journey to West Timor also redefined the notion of family for Yuwei, as it drew her closer to her friends and the community they collectively served. 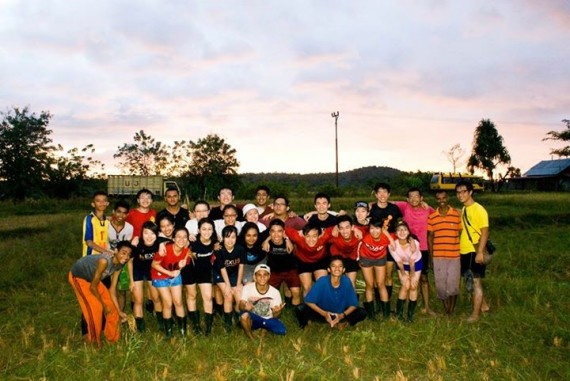 Yuwei with local children and her T-Kampung family after a day of rice farming in West Timor.

A vegan since she was fourteen, Yuwei’s diet change was stirred by a video on animal butchering she had watched. She expresses her distress at animal cruelty, and wishes not only to raise awareness of such brutality but also that people would change their attitudes and lifestyles. Regretfully, she admits that it will be difficult to elicit change. In her own ways, however, she could only hope to increase consciousness by explaining her dietary choice to friends who ask.

Her passion towards reaching out to those in need extends far beyond animals. Yuwei talks about her time volunteering with the Raffles Hospital Cancer Centre, and remembers the first time she witnessed a patient’s death. “It is hard to believe that a patient whom you have been talking to for the last few weeks, just leaves.” It changed her perception of life and death, but also taught her about reconciliation with these difficult times. Perhaps this only deepens her affection towards her family and friends, which she emphasises are the most important people in her life.  Reiterating her conviction that one should live to be filial to one’s parents, and loyal to one’s friends, it is apparent that Yuwei treasures these relationships and takes pride in guarding them. That also probably explains why she always makes time to catch up with old classmates during the semester breaks.

Just as blocks are stacked as unobtrusively in Tetris, Yuwei builds on in her own life trying to make everything fit. Though, she is not without her share of stress. “Who takes seven modules in year one?” she exclaims, almost slightly in disbelief at herself. It is astonishing that she actually finds herself six hours of sleep every day. I probed if she is comfortable with her existing workload, but she confesses that it is not an easy one.  Still she tries, anyway. Yuwei finds fulfillment in challenging herself and pushing her limits. Perhaps it reaps a kind of pleasure, almost like clearing a row in Tetris. 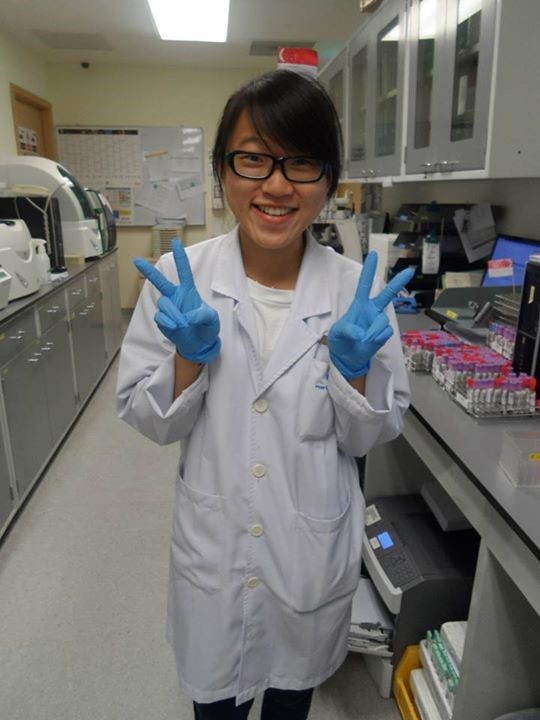 Majoring in Life Science and loving it, Yuwei is all smiles despite the long hours of laboratory work at the Raffles Hospital during her internship.

Curiously, as her name translates, ‘Yuwei’ literally means a flower that braves the rain. A rose, to be precise, but she is everything but the typical fragility attributed to this delicate flower. Feisty, would be a better fit. Yuwei relates what she did in the break before the academic year started, with tremendous spiritedness. Besides an internship at Raffles hospital, she was also involved in four orientation camps as a facilitator. Her days were packed, but she delights in the opportunity of interacting with people. For this reason, Yuwei is always connected, and always giving, to the community.

Yet, amidst the shifts and unpredictability in Tetris, the only constant is gravity. In spite of all her thoughts and ambitions, Yuwei remains deeply rooted. She speaks of a dream of packing her bag and heading up a mountain, to devote to teaching children. She relishes in the thought of leading an unhurried life, but till then, she acknowledge that she has to work hard to “do well in school, get a good job, and earn money”.

Then again, Tetris is a game of infinity. And Yuwei is only just getting started.

I do know a game of Tetris. But I could only wonder where she, as the Community Outreach Director, would bring Tembusu College to. We will only just have to wait, or rather, anticipate.