The NUS Faculty of Engineering is a microcosm of the varying shades of South and East Asian cultures. I often joke that I have to introduce myself as “born and raised in Singapore” whenever I am in my faculty because of its rarity status within the student population there. Chief among the reasons for such an disproportionate demographic in my faculty is the lack of Singaporeans who want to take up engineering as an academic endeavour. 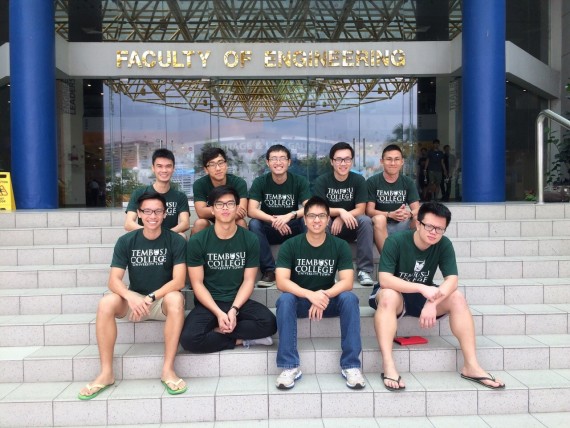 This is not only reflected at the grass roots level, but also at the top, where the number of President’s Scholars going to the best institutions in the world to read engineering has fallen dramatically over the last decade. As mentioned in Matthias Chew’s piece for ST , between 2006 and 2012,  28 President Scholarships were awarded, and not one scholar chose engineering. This is, as Chew rightly points out, “quite a startling fall from grace for a discipline once seen as having held the answers to the country’s progress”.  In the last 10 years or so, the number of top civil service scholars choosing the pursuit of the liberal arts and the social sciences increased while the number studying engineering has declined from 17.54% in 2007 to an all-time low of 4.17% in 2011. The Faculty of Arts and Social Sciences in NUS has also matriculated an ever larger number of students as demand for these “soft degrees” soars among many young Singaporeans.

Perceived as unimaginative and boring, engineering graduates are often seen as the epitome of the “cookie-cutter” worker/manager for the technocratic society that is Singapore. Most of us who continue in this profession will eventually graduate to work in a big engineering company like Keppel, Singapore Technologies (ST) or General Electric (GE), doing middle management jobs, managing technicians who come from the poorer regions of Asia.

The jobs that are traditionally associated with engineering in Singapore aren’t glamorous in any way. Most graduates will end up working in this place called Tuas that is a completely different world from the high-rise metropolis of Singapore. We will graduate to wear hard hats and coveralls, standing hours in the sun literally sweating to earn our pay cheque.

The long working hours, dismal pay, and poor recognition by employers in Singapore are signs of a doomed profession. It is hardly surprising then that many trained engineers eventually choose to ply their trade in other more lucrative ventures like sales or with the banks.

Here in NUS, we take an average of 4 to 5 core modules per semester, with many of our modules compressed to 3 Modular Credits (MCs) because otherwise we would graduate above the 161 MCs required for the Bachelor program standardized across all normal degrees (excluding the special courses in medicine, dentistry etc) awarded in NUS.

We seem almost like a backward group of people – our first 2 years of university education involves studying centuries-old theories and axioms on physics, mathematics and mechanics.

We learn Greek: alpha, gamma, theta, tau, lambda, epsilon, omega, just to name a few. And they all mean different things to different kind of engineers.

I used to struggle in JC with my Physics and Chemistry while topping the cohort in the General Paper, and I surprised most of my teachers when I eventually enrolled to read Engineering in NUS. I chose to study engineering because I wanted to study a professional degree (an engineering graduate can claim to be an engineer but a business degree holder can’t claim to be a businessman or a philosophy major can’t claim to be a philosopher). I had this perception that engineering was something you had to go to school to read and be educated on versus some of the other “softer” courses offered in university. 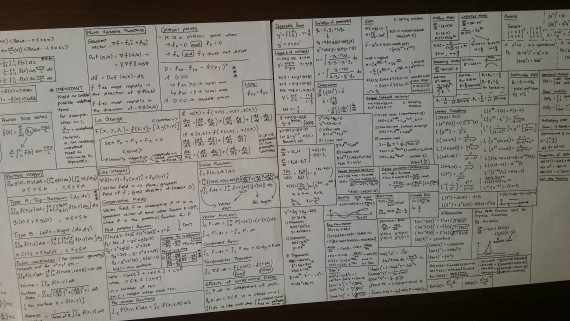 While I find what I am reading exceptionally interesting, I struggle to translate my interest to grades and my CAP to justify this pursuit. In my freshman year I remember struggling through basic calculus class (MA1505), and also spending many hours every weekend sitting beside Tembusu’s residential computing maestro Vinsensius Albert, learning to do basic programming in C (CS1010E). The point is that I was bad at it and I would be lying if I said I had never questioned the reason for me being in this faculty. This, coupled with the prospect of “boring, middle management jobs” initially discouraged me.

Perhaps an engineering degree is worth more than its vocational value. Over my first year in school I learnt that engineering is a way of life. A discipline that is more about problem-solving than about finite element analysis or material behaviour. I am determined that these 4 years will be an educational exercise in training me to apply and manipulate physics to solve “real world” problems.

While I don’t enjoy being perpetually mediocre on the bell curve, I appreciate an engineering education’s design-centric approach to problem solving. Even though I am hardly any good at doing these 2-hour exams that determine 80% of your grade, I do appreciate reading things like fluid mechanics – the “last unsolved problem in classical mechanics”.

In many ways, I chose to study engineering because of my deficiency in the hard sciences. I would love to look back and see my degree as nothing more than part of my endeavour to be a learned man.

That is why I study, to be this cog in this machine.

Editor’s note: this updated version includes a reference to Matthias Chew’s (2012) piece on engineering for the Straits Times.  Apologies for the omission in the initial publication.