Working at an indie game developer with a publishing front makes for a volatile concoction of fun and sheer hard work. At Daylight Studios, I was quickly brought to speed on two things: one, there is always something to be done and two, sometimes the pantry is stocked with nothing but packs of insects brought over from the Thailand office and everyone will pretend to not see them. Video game consoles, plush toys of popular game mascots and casual wear became part of my everyday for three months. 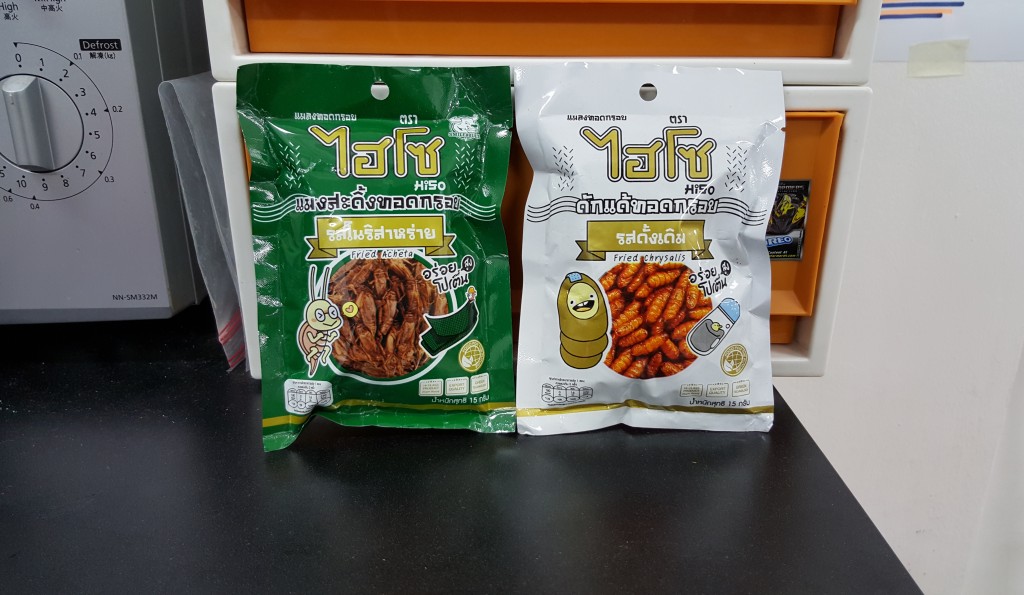 I had the fortune of being the object of a gentlemen’s agreement between the development and publishing teams after much dispute over who should have the newly hired slave, leading to the following months of shared custody. Both teams deal with games, but in vastly different ways.

On the game development team, I helped with scriptwriting and matched the accompanying assets, music and sound effects to the script. Every round of edits called for another bout of checking of the documents and the game. Part of the fun was seeing your mistakes play out before you, like when multiple sprites of the same character appeared on the screen, akin to something out of a horror movie. “Holy Potatoes! A Weapon Shop?!” was successfully launched on Steam on July 13th, and post-launch care was just as troubling if not even more panic-inducing when the team was alerted to a corrupted save file issue barely a day after. Speedy community outreach made the difference between an angry thumbs down and a positive review, which affected sales greatly. 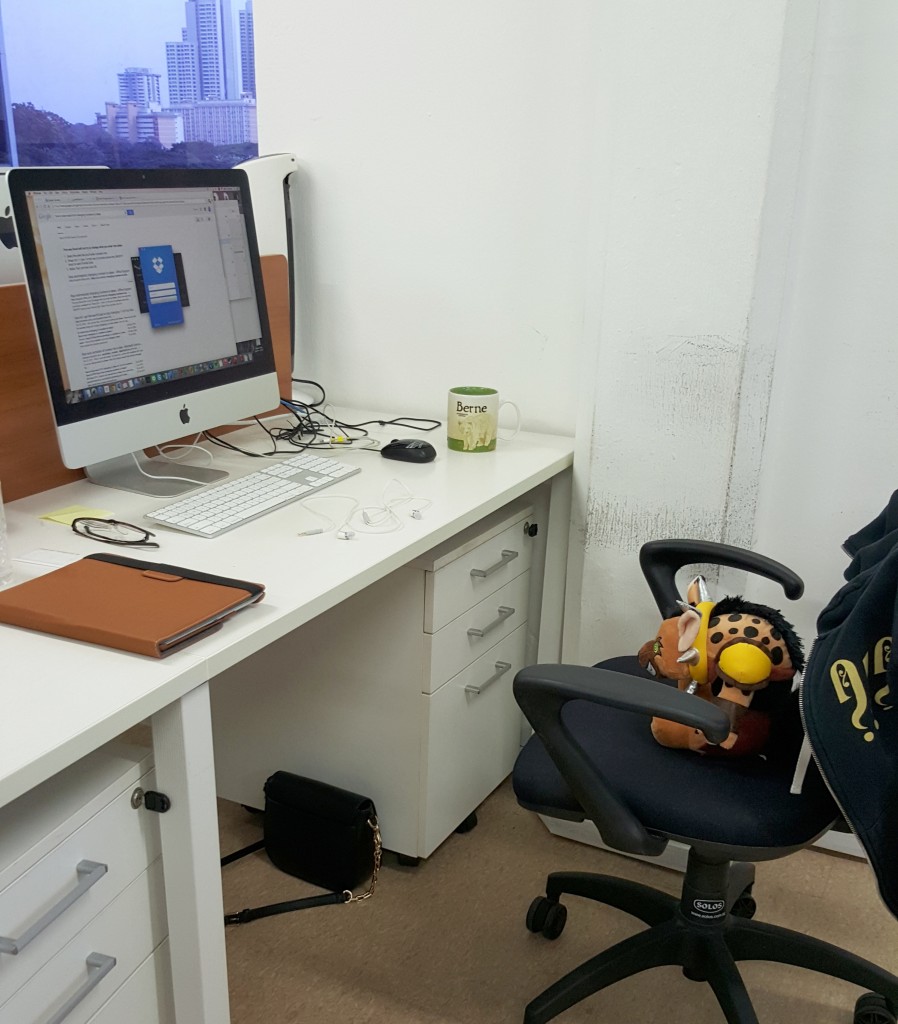 My desk in the office

I spent most of my third month at Daylight Studios with the publishing team for localization of the mobile game app Chain Dungeons. Originally titled Pocoron Dungeons, it was developed by Japan’s mobile app giant Grenge. I felt most at home there as I was given more influence over multiple aspects of the game. Some of the things I did were event planning, brand collaboration, preparing the formula sheets for activities like daily dungeons, gacha odds and learning how to use Xcode. My skills with Excel shot up like a noob being power levelled in an MMORPG because school only ever taught me how to open the program to type in numbers in a cell. I became the temporary in-house translator for texts in Mandarin and Japanese to English as well. You would be surprised how much outsourced translation can cost for something as small as a mobile game. A five figure at the very least and translations can be less than ideal or accurate. (An actual piece of translation we received: Would you like to beg a friend for help?)

In my short time with the firm, I’ve learnt that a little enthusiasm goes a long way. Sometimes we get stuck at an error even after 15 different attempts to resolve the bug, or spend days trying to implement a system that just refuses to work. A healthy dose of laughter, puns, and sarcasm keep the cogs well-oiled in the long run. When it comes to working with games, it seems ironic that the magic happens most during the making of it, in the most ordinary of moments. The confounded silence when the entire team huddles before a computer to think of a solution, a cheer in unison when the game finally gets past a crash, the stifled snicker from everyone at an unintended dirty-sounding sentence in the game. Or just scooting over to someone in your roller chair to bask in the comfort of their presence as they empathetically let you invade their space to give you that much needed moral support.

There will be times when no one has a clue why something works or doesn’t. Typos can and will incur the wrath of everyone working on the project. App Store, GooglePlay and Facebook App preparation is a necessary evil. Sometimes it feels as if the game is never going to be good enough for release at the rate things are progressing.

But similar to RPGs, a well balanced team and good teamwork make all the difference between success and failure.

So hero, are you ready to take on the world?

All images by Tomomi Hikawa.

Author’s Note
Check out Holy Potatoes! A Weapon Shop?! on Steam at http://store.steampowered.com/app/363600 and Chain Dungeons at www.chaindungeons.com.