Apr 22 was Earth Day, and Tembusu College celebrated it with a tree-planting ceremony. About 50 Tembusians and guests were gathered to witness the planting of a camphor sapling that has been nurtured by a group of Tembusians for almost one and a half years. It now stands as a symbol of Tembusu College’s commitment to peace, friendship, and the environment.

Through Professor Koh, the College received a batch of Cinnamomum camphora, or camphor, seeds from the Green Legacy Hiroshima Initiative in 2012. The seeds are descendent of a camphor tree at Hiroshima castle which had survived the atomic bombing on Aug 6, 69 years ago.

The camphor seeds are one of several survivor trees including persimmon and gingko, which are now growing in 18 countries including Singapore. Professor Uye hopes that these trees will act as “ambassadors of peace”.

Professor Koh ended the speeches with his signature three messages: that Earth is the only planet which can sustain life; his hope for no nuclear war; and desire for peace between nations, men, women and nature. 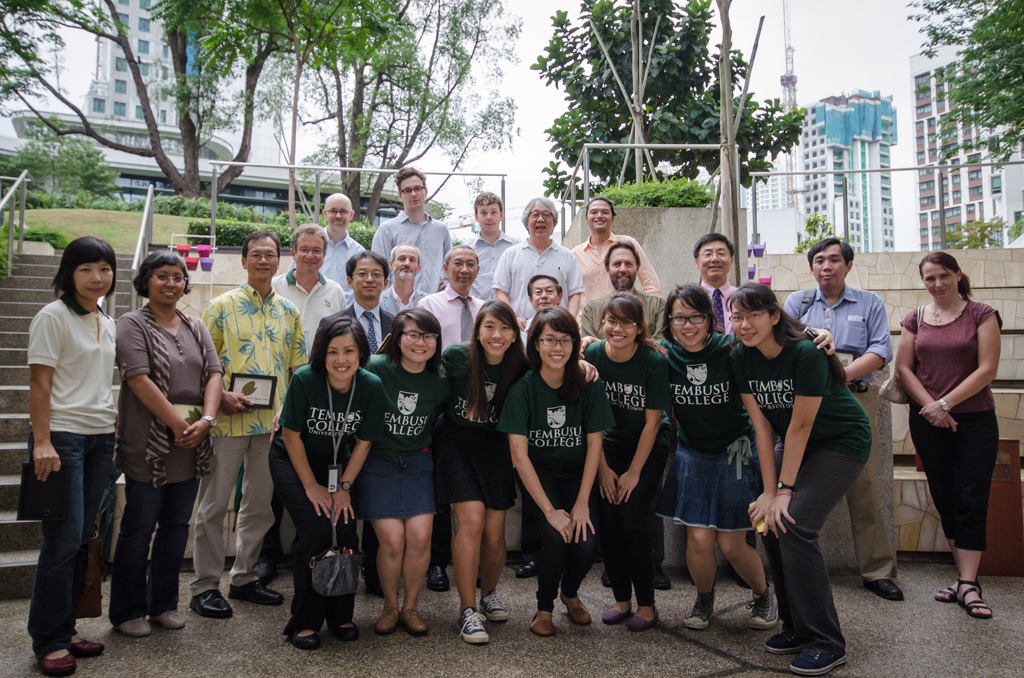 Watch a video made of the event: