On the art space

Or in our case, tack artwork to panels, and let the panels sit in the right lobby space between the partition, notice board, main doors and letterboxes.

This particular lobby space is a popular area to plant exhibitions – art pieces, posters, photographs, writings and reflections, and more of the like. Yet, in this space, can you take the art work, and hold it up to the light?

This is important because spatial organisation conducts and shapes cultural experience: concert halls channel sound, museums direct the eye to the exhibits. Our lobby space, similarly, conducts a certain culture, but not one that conducts the display of art. The central waiting area, lit by lamps from a high ceiling and furnished with cushions, is where activity is centred, divided from the left and right lobby spaces by partitions. On the left, the space serves primarily as a conduit into the dining hall, and on the right, it is a passageway to either the doors to the drop-off point or the water dispenser.

The culture of movement created in this space is in tension with the demands of art, which are qualities of contemplation, observance, and appreciation. Unlike a museum space, which has spotlights and plain walls to assist focalisation on the art pieces, this particular lobby space directs movement across itself, and the lights diffuse rather than direct any focus. If anything, the natural light from the main doors draws our attention outside instead.

Here, where the art and context are incongruent, the art space seems to reject the exhibition of art.

Arts events, of course, happen in places beyond this lobby space: the dining hall, the multi-purpose hall, the common lounge, the atlas, and the mini-amphitheatre have all hosted performances and events. Here, we attempt to simulate art spaces – we bring in a make-shift stage (whether elevated, or simply at the center of a larger area to give it attention), do our best with the sound systems, and so on. Of the venues in the list, the mini-amphitheatre, perhaps, comes closest to giving the impression of a stage and seats, but its constructed intention is evident in its name and hence expected of the venue. 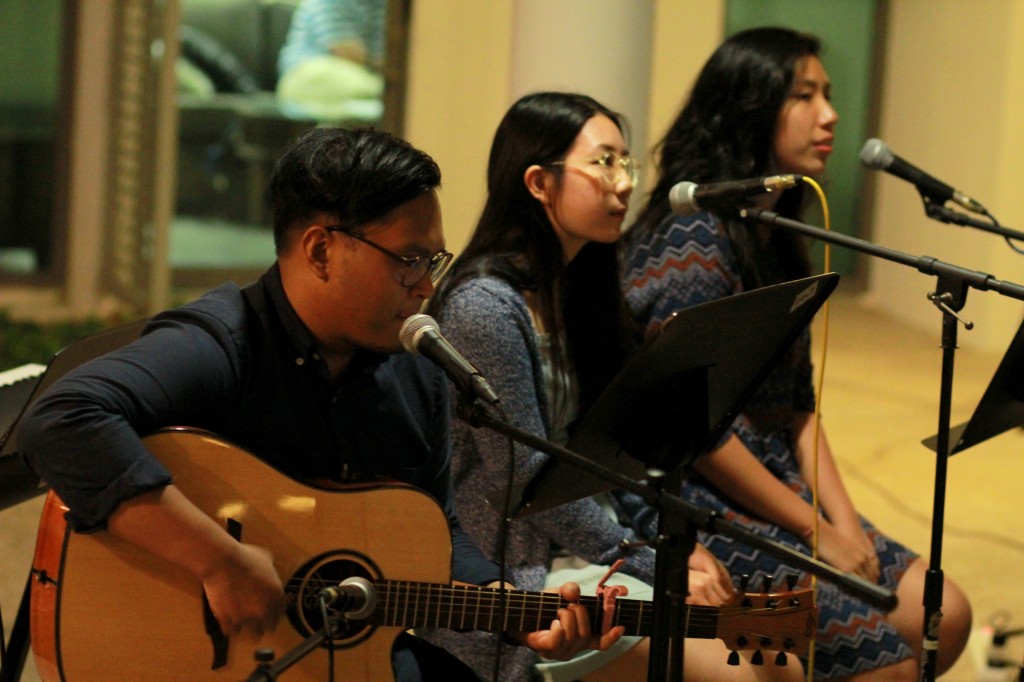 Admittedly, problematising space in an already-built location is meaningless unless the problem bears a different focalisation:

On accessibility (and Ed Sheeran)

The dining hall is used for the Dining Hall experience, the MPH hosts music and the occasional dance, the mini-amphitheatre and common lounges are popular locations for Open Mic nights. However, the most significant trend here is that within the genre of the performing arts, our spaces seem to conduct most often popular music. In particular, as metonymised by Ed Sheeran in the subtitle, popular performances  themselves very often revolve around a cyclical selection of similar sounds – this has already been observed in an earlier Treehouse piece, Overrated and Overplayed, and is worth mentioning here because it reveals how very much a subset the field of arts we seem to have access to through the Tembusu events.

Highlighting this particular genre of music happens at the expense of the other artistic genres that exist, and one possible reason for the privilege that popular performances have is that they do not bear on the audience the same demands as the appreciation of classical music, fine art and literary art might, which (extrapolating from Arthur Danto’s definition of art to these broader arts) seems to be “an atmosphere of artistic theory, a knowledge of the history of art: an artworld”. The artist(e) and appreciator alike are expected to possess classical training of the musical, literary or fine arts, something which may not be fair to assume of a general, mass audience who may hence be excluded from appreciating those genres of the arts.

It is also interesting that the performing arts for mass audiences locates itself in the dining hall, a space open to not just Tembusu, but to Cinnamon College as well, while classical music and the like, such as in the recent Classical Music Night, are confined to the common lounge, a venue into which only the interested venture when the event occurs. The reasons for these conflate: accessibility creates a wider audience, which demands a larger, open space – and in this process, the centrality of the popular performing arts within the arts of Tembusu is perpetuated and privileged, coming close to dominance over the existence of the visual, literary and finer arts which remain sidelined. 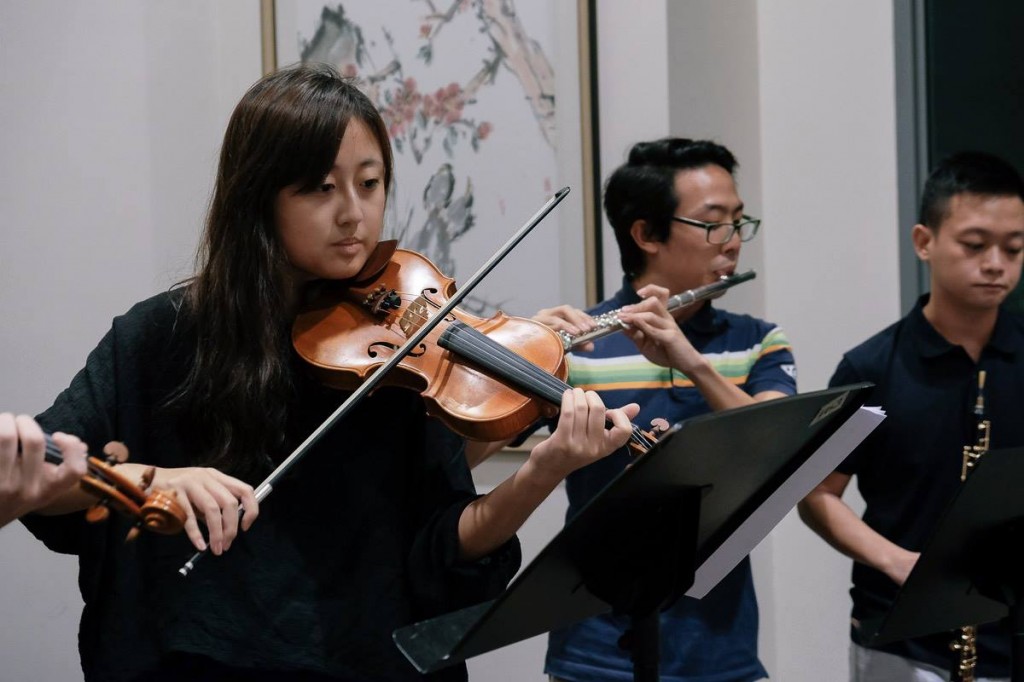 In all fairness, we have had attempts to make some of these arts more accessible to the wider community, the most prominent example being the Classical Conversations series that took place in the College last year, whose slogan, “How to talk classical cock” already harkens to a wider audience with its colloquialism. What might be promising to witness is if this foray could be replicated with the visual, literary and dramatic arts, and if we could step towards greater artistic diversity at the same time. Even beyond the classical arts of Western origin, for example, there are artistic styles from the Japanese Edo period, traditional gamelan sounds, locally-written plays – all viable genres of the arts to explore. The arts encompass far more than either popular performance or classical fine arts. Perhaps it is time we consider this when we think about developing artistic diversity within Tembusu.

On malleability and venn diagrams

The arts are, after all, malleable.

Seniors may recall last semester’s Arts Week, held at the end of January, adorned with the theme Malleable. Adorned, because while I expected a certain flexibility and fluidity between arts genres, each distinct genre was instead kept distinct despite their potential to be melded together. During the week, there were attempts to work upon the accessibility issue: students could create charcoal drawings while accompanied by music, or engage in magnetic poetry during workshops held during the week. However, each artistic form remained strapped to its own sphere: the performing arts took the stage, the writers moved words and the artists took to their pens.

What might be worth looking into is a test of collaboration between the artistic forms – setting short story readings to percussion, combining poetry and song, theatricalise words in spoken word poetry, do more with art and sound. These are not novel innovations in the world, but they are a way we can begin to think about how to access the arts in Tembusu. Not simply by popularising the arts, or by attempting to curate our art spaces, but by having the arts engage with each other in a venn diagrammatic fashion. 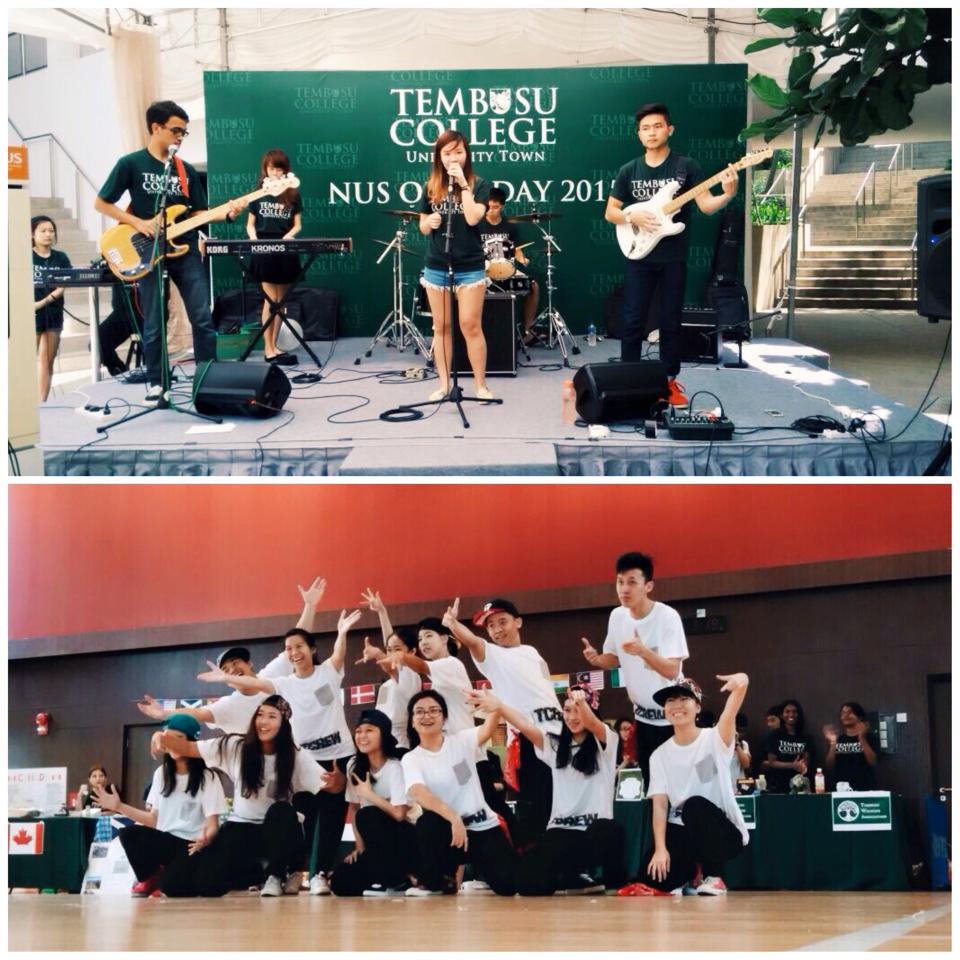 In the end, then, why simply “take a poem / and hold it up to the light?” Instead, we may be able to access the different and possibly diverse arts complementarily, going beyond space, accessibility, and of course, malleability.

Vanessa is a writer, but more than that, mostly a wonderer. Occasionally disappears from her battle with English Literature, into the sun, sand and sea.