According to a recent report by the Economist, the cost of renewable energy has dipped significantly in the last 5 years or so. This is due to a combination of factors, including but not limited to, extensive subsidies and policies that favour renewable energy infrastructure. While this is definitely good news for the climate, these renewables possess inherent problems. Despite the fanfare and the positivity surrounding the use of such technologies to wane our addiction off fossil fuels, perhaps only humble atom might provide the answer to the energy requirements of the future.

Of the renewable energy technologies that account for widespread usage around the world, solar energy saw the greatest leap forward in technological improvements. This is due in large part to the improvement in battery technology – the same technology that has given us smartphones and ultrabooks with hitherto unseen battery performance. However, the most fundamental weakness in solar power is the highly inefficient energy conversion of these panels. A large solar farm in the desert with consistent sunshine is required to produce the same amount of energy that a coal-fired plant with a fraction of the land signature will . Consistent sunshine is also another key factor – there are not many places in the world where the sun shines consistently: brightly, without overhead clouds and weather pattern variations for long enough in a day to keep solar farms viable. 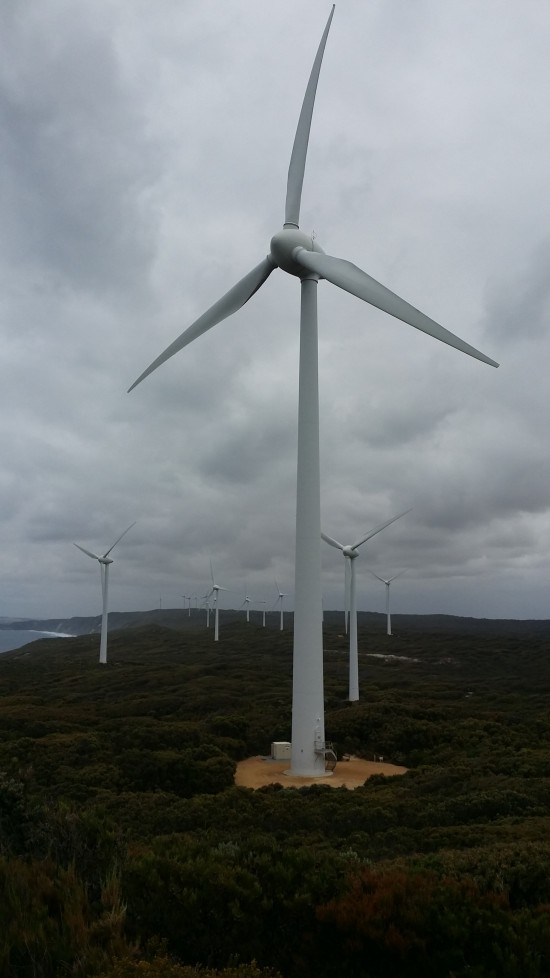 The wind farm in Albany, WA.

Wind is another promising source of “free” power. In Albany on the southern coast of Western Australia, the town of over 30,000 inhabitants relies almost exclusively on a wind farm of about 2 dozen wind turbines for power. It is one of the most consistent wind farms in the world, with the strong winds from the cool Antarctic shelf blowing inland for 358 days of the year. As with solar energy, there are a few inherent problems in this way of obtaining energy. There are few places in the world where the wind blows consistently strong enough to power the massive blades that spin the turbines; even in these places, an alternative source of energy is needed to account for seasons when there is a lack of wind. Building a traditional coal or gas-fired power plant simply for use on the days when the wind does not blow represents significant capital investment that renders the sunk investment cost in both land and infrastructure moot. Furthermore, wind farms are tremendously inefficient in terms of land usage, with pylons having to be spaced at significant distances to maximise the fluid energy of the wind. All these disadvantages of wind power make it extremely difficult to be adopted save for the few populous coastal locations where there is a right balance of land cost, wind consistency and population density.

Other much cited technologies such as geo-thermal energy and hydroelectricity are similarly much dependent on the few special locations where the right conditions exist. While geo-thermal energy costs close to nothing (Iceland has the cheapest electricity in the world), hydroelectric energy is expensive – with the need to build budget-busting dams and accompanying generators. Besides the exorbitant cost, the process of harnessing hydroelectricity also leaves an impact to the environment. The mighty Colorado River in the United States, for example, is so dammed (pun intended) that there is not a single drop that enters the sea. The river dries even before it reaches its natural drainage basin in the Gulf of California. 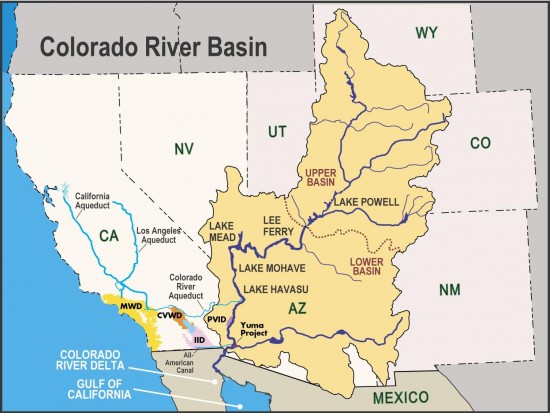 Reach of the mighty Colorado River in continental USA. None of the water would reach the ocean because of all the dams.

The looming threat of climate change, global warming, or simply the fact that fossil fuels will run out, has spurred the need for change in the way we harness and use the energy of this planet. In light of the different characteristics of each renewable, nuclear energy seems to be the best substitute. It produces no emissions, is very powerful at delivering high base-loads of power, and is ever reliable. It also uses very little fuel – a few kilograms of Uranium can produce equivalent power to hundreds and thousands of barrels of oil. The mechanisms by which it generates power: by steam and spinning of steam turbines, also makes it easy and relatively cheap to harness this energy. While a combination of energy sources is necessary in a future without oil, there has been much less emphasis on nuclear energy as compared to the renewables.

The biggest obstacle to the widespread adoption of nuclear power might just be an emotive reason. “Nuclear fear” permeates the minds of civilians worldwide, and many of these fears are unfounded. While the accidents at Fukushima and Chernobyl accounts for much of the justified fears of nuclear power plants, these accidents demonstrate the need for effective systems to be in place for the use of such technology instead of the complete banning of it. Rather than ridding our world of nuclear power plants because of the risks involved, countries should step up ways of improving the nuclear power model and improve the safety systems to prevent similar catastrophes. If we are serious about fighting climate change and promoting fossil fuel usage reductions, more actions should be taken towards the proliferation of nuclear technologies.

While this is one compressed and short version of a pro-nuclear view, there exists a plethora of nuanced arguments surrounding this issue. In order to further the discussion on nuclear technologies, the students of the Tembusu Senior Seminar GEM2910 Radiation and Society is organising a mock International Atomic Energy Agency at the Common Lounge on 13 April (Monday), 4 pm. In this conference attended by delegates (students of GEM2910) representing different countries and different stakeholders, issues on nuclear energy will be debated and discussed from multiple perspectives. Everyone is invited to join them for an evening of eye-opening discussion on the future of implementing nuclear technology for defence and as a substitute for more traditional forms of non-renewable energy.

—
About the Author:
Zhimin is a second year Mechanical Engineering student who finds reason to be curious about other disciplines. He is an amateur triathlete, divemaster and a paratrooper. An avid adventure-seeker, he never backs down from a challenge and enjoys pushing the boundaries of the human condition.