The word triathlete conjures images of intense athleticism and physical endurance. Just like running races, triathlons are classified by their distances. There are 4 distances that are common in races around the world, sprint, Olympic, half-Ironman or 70.3, and the full Ironman distance. The shortest distance is the Sprint consisting of a 750m swim, 20km bike and a 5km run. The Olympic distance is next with a 1.5km swim, 40km bike and 10km run. The Ironman, the gold standard in multisport endurance racing is considered the toughest single day sporting event in the world, with a 3.8km swim, 180km bike ride and a 42.195km run. Undoubtedly the most famous triathlon race is the first one that put the sport under international limelight: the Ironman triathlon race at Kailua-Kona, Hawaii.

In 1982, Julie Moss, an American student, captured the attention of the world and helped put triathlon in the spotlight when she participated in the Hawaiian Ironman race for the first time. She found herself in a comfortable lead, but only about 3km from the finish, her body shut down and she was left to crawl her way to the finish line, making the conscious decision not to give up until she crossed the line. This incident was broadcasted worldwide on television and helped capture that romance of Ironman racing defined by rugged tenacity and the never give-up mentality. Ironman racing is full of such heroic tales of athletes whose bodies fail before their mind does, and all that is left is broken bodies fighting for every centimetre of tarmac to get to the end. The end is not without much fanfare as well. The announcer calls out everyone by name and recites the famous 4 words: “You are an Ironman!” in rather dramatic fashion. Though the shorter distances in triathlon racing do not often create such intense racing, the spirit of the multisport race still lives on, where finishing is just as much celebrated as winning.

I first started my first forays into multisport racing in 2013 when I decided to combined my love for bike riding with running. I was a fair athlete, finishing 10km races under 45 minutes comfortably, so I decided to take the plunge to start something new and different. The first thing that appealed to me was the multi-disciplinary nature of triathlon. Though I enjoyed running, pounding pavé in the many running races across the calendar, it is not as fun as learning to cut transition times down, doing a successful flying mount on a bike, or pushing really hard for a good split in the run after an already difficult swim and bike leg. The diversity in different disciplines in multisport racing is what really stands out among other endurance sports . 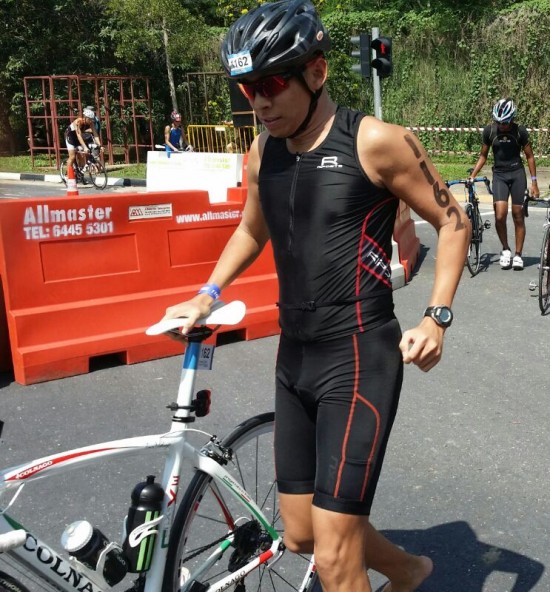 Most triathletes would agree that the bike to run transition is one of the more challenging aspects of the sport. After a bike ride, the legs are used to spinning at a different cadence from the run, resulting in a phenomenon that makes the first few kilometres of the run feel like running with rice bags strapped to the legs. Triathletes train with “brick” sessions, riding followed by running at intervals and specified intensity to simulate the demands of racing. In my first triathlon race, I prepared specifically for the kicker at the beginning of the run. After the bike leg, I was ready to put in a good run to finish strongly, yet I put in an almost 6 minute split on the first kilometre as I struggled to beat out a good cadence and tempo with the legs feeling “heavy” from the bike work. After a few kilometres into the run it started to get better and the race course was rewarding. The persistence and the tenacity had paid off. This sport requires a fair amount of training to take pleasure in the physical suffering on the course and that is something money cannot buy. 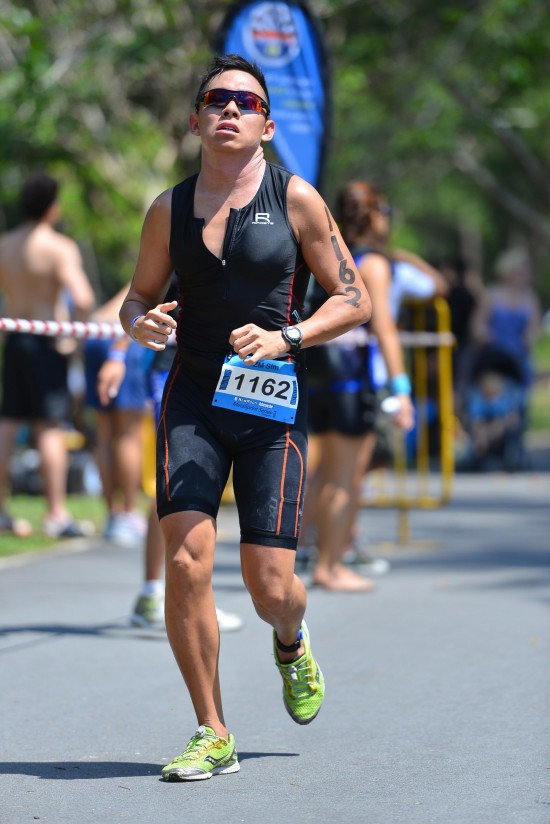 Many of us are familiar with and participate in the regularly scheduled 10k race and the occasional 5km fun runs. Taking it further with a new challenge in triathlon will be a bold new way to experience a different form of physical adventure. Very often as always in triathlon, the distance is just as good as the end, and just finishing is reason for celebration.