For a young college, Tembusians are very attached to their campus residence. Tembusu’s second ever Family Day on Saturday, Jan 18, was a time for its residents to bring their families and friends to the other place they call home, and offer them a glimpse into their world, their community and their lives on campus. From live performances to food and game booths, the event was filled with exciting opportunities for everyone to explore Tembusu and have some fun.

Most of the activities were happening in the Multi-Purpose Hall, and though the stream of visitors started out slow, those who arrived early were duly entertained by some soulful melodies courtesy of Haniel Soh and Naomi Neoh, as well as a thrilling yo-yo performance by Lim Aik Hwee.

Emceed by Irsyad Ramthan, the day saw new and old Tembusu talents emerge. Popular favourites such as the LaundroMATs and the Elevated Pitch generally drew the largest crowds. The LaundroMATs, frontlined by Tembusu alumnae Salima Nadira and current Tembusian Gerald Paul Tan, are regular performers at many Tembusu and UTown events. Their performance at Family Day was especially moving for many older residents and professors as it marked the first time they played as a complete band since one of their members, Kegan Ang, had spent the last semester on exchange in Norway. Prof Kelvin Pang remarked, “It feels quite nostalgic to see them perform together again”. 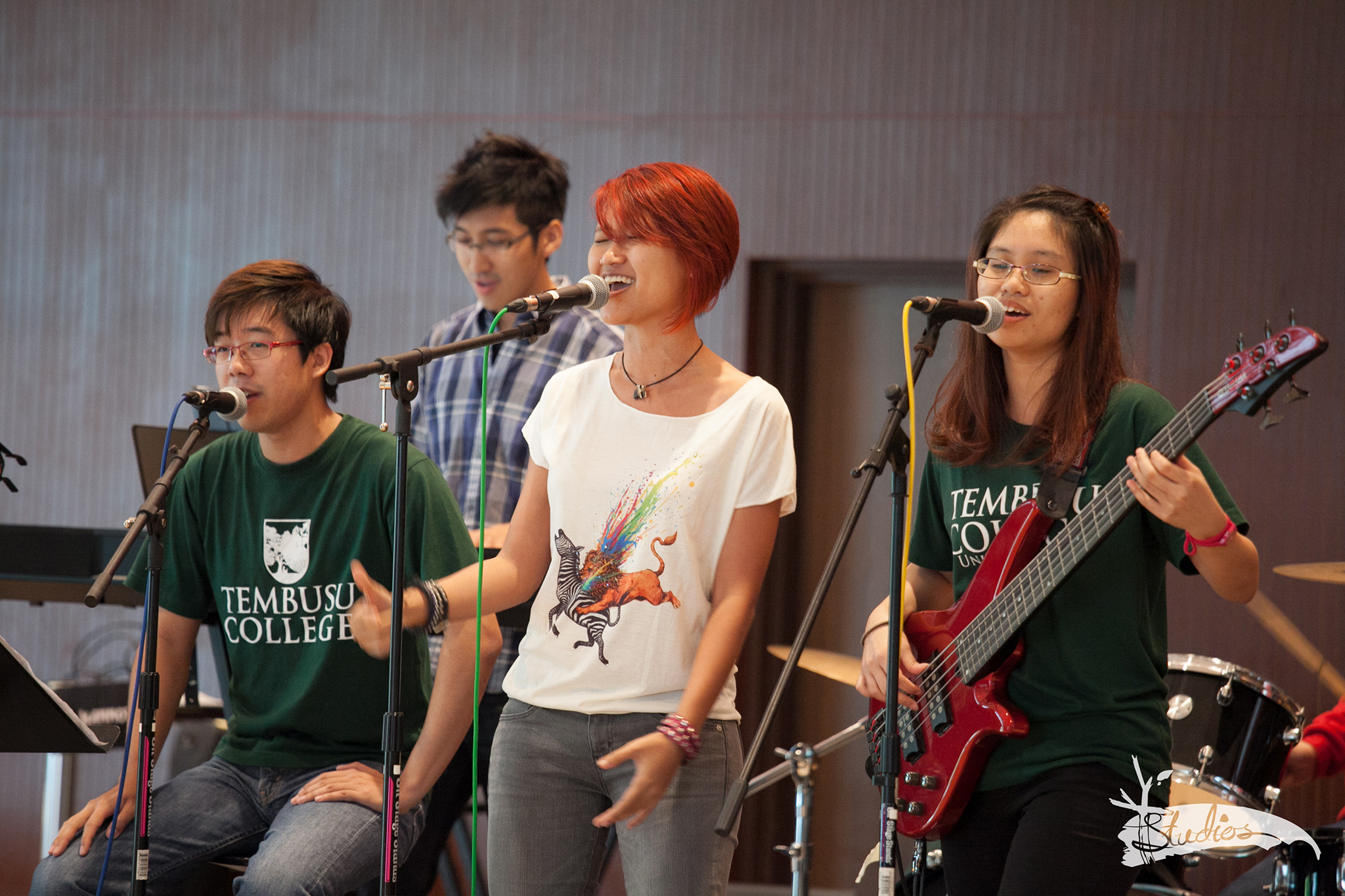 The LaundroMATs’ performance (Photo by Patrick)

Many compliments were also given to Ezra Lee’s rendition of Bon Jovi’s Living on a Prayer, and Marcus Low’s rendition of Lady Gaga’s Poker Face was arguably one of the most entertaining highlights of the afternoon. Even Tembusu’s youngest resident, Professor Lina Lim’s two-year-old daughter Sierra, was grooving to the beat.

The performing arts interests groups in Tembusu also had items of their own. Regular performers at Tembusu events, the K-Pop girls did not disappoint. Though they made their moves look easy, they had spent weeks in front of mirrors, perfecting their piece. Tcrew, Tembusu’s hip-hop dance group, debuted their new recruits in an equally upbeat style. 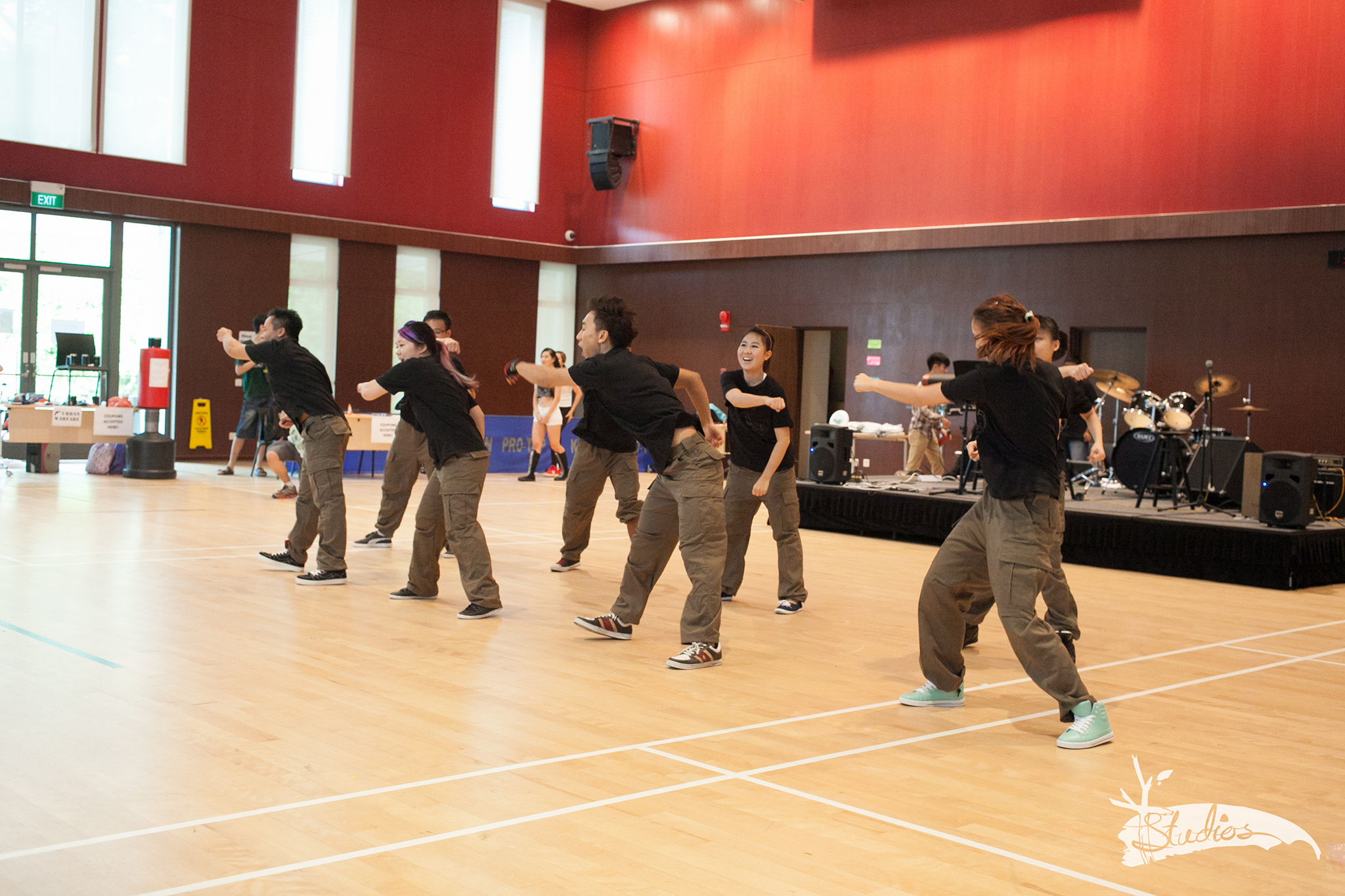 Their enthusiasm kept the atmosphere in the hall light and enjoyable, much akin to a carnival, enticing parents to stay longer than planned. Some parents even set up cameras in the hall to take photos and videos of the performances.

As with any carnival worth its salt, snacks were an important part of the day. Snack stations were lined up right outside the MPH, with the scent of caramel apples, savoury pancakes and coffee greeting visitors to the college. Although the free flow popcorn and cotton candy booth opened later, they were emptied by 3pm.

Within the hall there were cupcakes and instant noodles for sale. TKampung, a volunteer group within Tembusu, sold Krispy Kreme doughnuts to raise money for their ongoing volunteer project at Roslin Orphanage in Indonesia. Their next trip to Indonesia will be in May 2014. Aside from food, there were also many other stalls at the mini bazaar in the hall selling terraniums, face masks and manicures, amongst other curiosities. 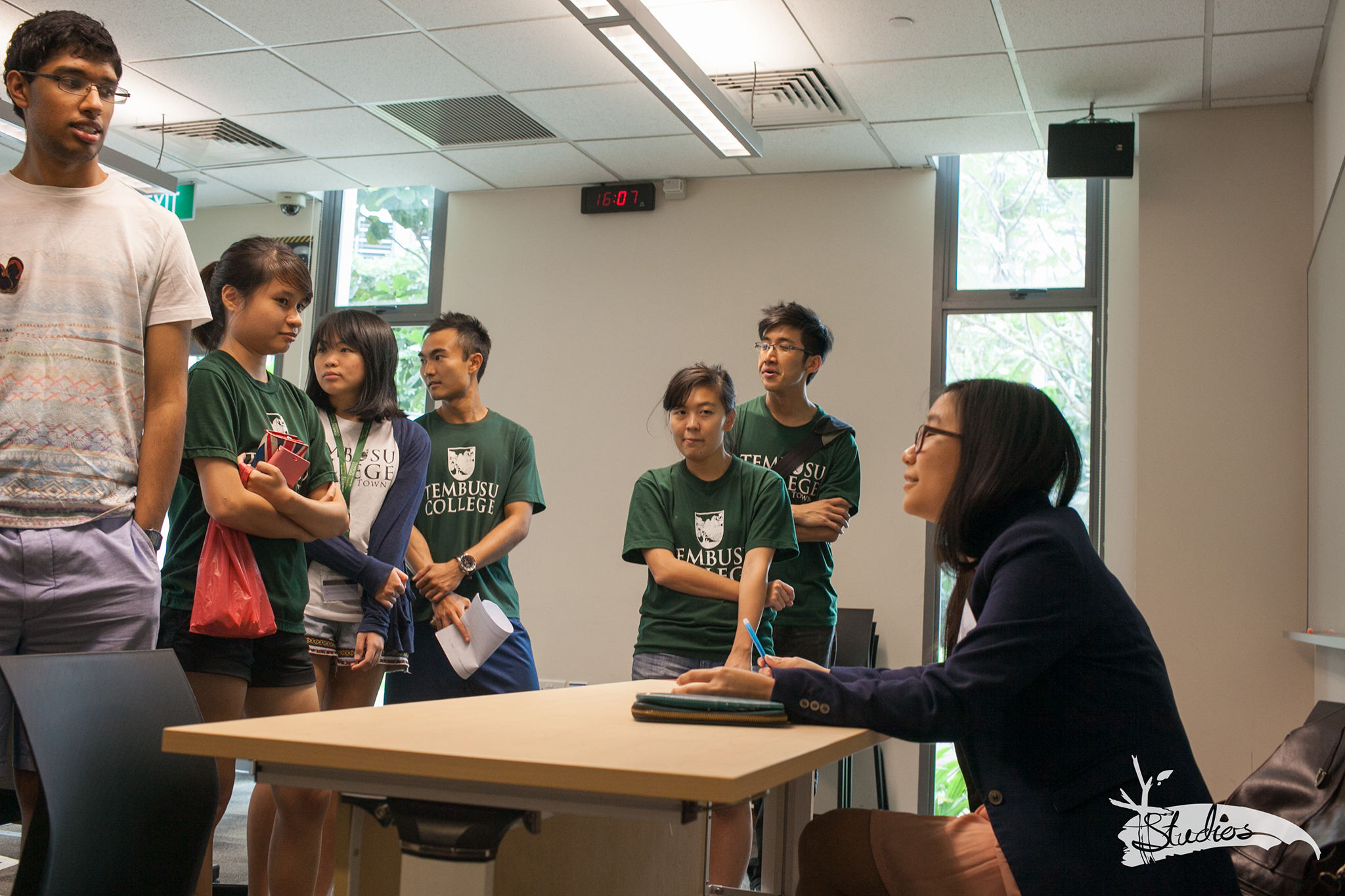 Participants in the Murder Mystery (Photo by Patrick)

Some distance away from the hall, within the rooms of the Learn Lobe, an elaborate Murder Mystery experience was crafted. Participants were given a brief about the characters they would meet, then sent off to interview them all before deciding who the murderer was. Set up like a Cluedo mystery, the game ran with a new set of participants every half hour. Actors not only had rehearsals for three days prior to the event, but on the day itself, they had to be alert and ready to think on the spot and spontaneously answer questions. The Murder Mystery was somewhat reminiscent of Tembusu’s traditional House of Horrors held in the same venue every Halloween. There was also a shooting game in the hall, where players shoot cans off a perch using NERF guns, as well as some other ball games.

The Tembusu Ambassadors also worked tirelessly to promote the launch of their Instagram account, @tembusucollege and hashtag, #tembusucollege. In the week leading up to the event, posters and teasers of the Instagram account were put up around Tembusu. On the day itself, the ambassadors went around snapping photos with visitors for their account. Their Instagram followers jumped from 20 to nearly 100 within three days after that. Apart from this, the Tembusu Mentors, a group of students who tutor secondary students on the weekends, invited their tutees to the event. The students, enthralled with the festivities, stayed around till the late afternoon. 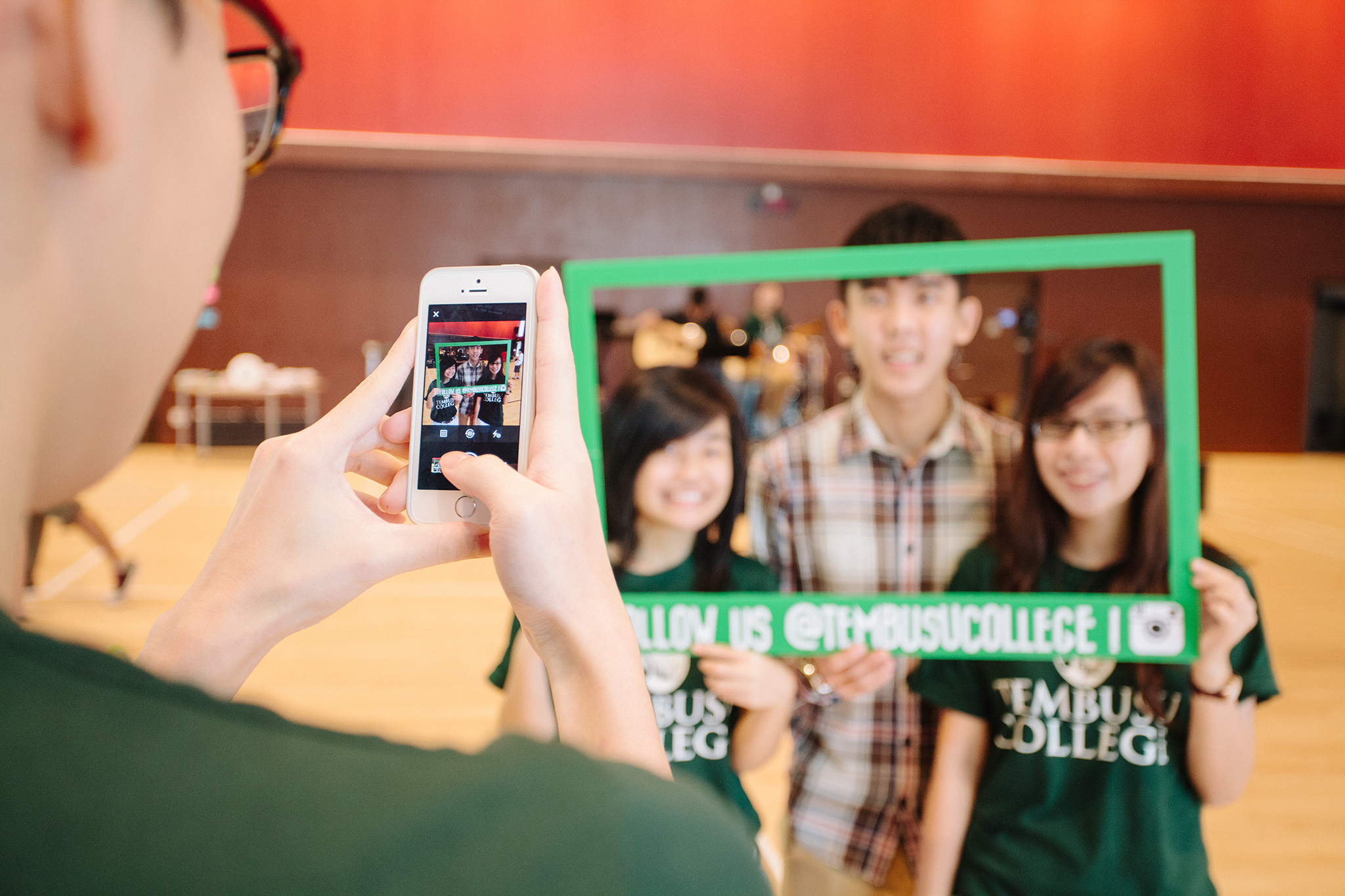 While we enjoy the food, fun and good music, it is easy to ignore or forget about the hard work put in by the Family Day team working behind the scenes for two months prior to the event. The head organiser, Ernest Tan, was rarely seen during the event. Yet he and his team were on duty for a week before hand, selling tickets and promoting this event. The set up for the event started three hours before the event and they were still cleaning up for two hours after it ended.

All in all, the Tembusu Family Day is a tradition that hopefully continues on. Not only is it a pleasant way to introduce people to the Tembusian community, but having this family carnival in the first weekend of school provided a well-timed festive vibe to kickstart the semester.