What does seafood have to teach us about the versatility of perception? This article explores recent scientific discoveries about the highly evolved colour-changing skin cells and eye structures of the octopus and cuttlefish to illustrate how they perceive and manipulate colour, and have been doing so for millions of years even before humans invented the colour wheel.

I love sea animals. Most Singaporeans love sea animals deep fried with chilli, garlic and breadcrumbs. I just love sea animals, period. I am fascinated by the way they look, the sheer complexity of their bodies. I love the way they move, drifting and darting dreamlike through the underwater, and I love how beautifully different they are from us flesh people. I also like to eat them, but that is an unrelated question (deep fried squid in Thai chilli).

The American philosopher Thomas Nagel once asked, “What is it like to be a bat?” His question is meant to be an analogy and argument for the subjective nature of experience, i.e. that the only thing you can be sure of at any given point in time is your consciousness. You can’t be sure that one plus one equals two, because that’s what your brain thinks. Just like how our brain thinks that the world looks flat and that the sky meets the sea at some distant point, but in reality the sky and sea are two distinct planes that never meet. Bats use echolocation, and Nagel chose them because their way of experiencing reality is highly complex but also very different from the way us flesh people experience reality using vision. Nagel argued that no matter how hard you and I try to “imagine” what it’s like to be a bat, we can never truly understand the consciousness of a bat, because our own consciousness is a veil that colours individual reality, including our imagination.

Because I am fascinated so much by sea animals, I am less concerned with bats. Yes, we all know about the wonders of echolocation, but let’s get into the real good stuff. Marine and aquatic animals are way cooler. So, what can seafood teach us about the subjective nature of experience?

For a long time, scientists who studied octopuses and squids were confused by something. This related class of animals are squishy, meaty and yummy to more than just us humans. Big fish with sharp teeth love to snack on them too. To protect themselves, octopus and other similar creatures evolved colour-changing skin cells that allowed them to blend perfectly into their environment, at the snap of a finger. If you don’t believe me, you should. See the image comparison below, from the frames of a video milliseconds apart:

Before: I am sneak. After: I am expose!

Now comes the big mystery. Octopus and creatures like them are colour blind. In other words, they cannot distinguish between red, blue and green, and all the other beautiful and complex colours in between. That seems completely impossible. How can the octopus know which colours to change its skin cells to, if it cannot even see what shade of brown/green/red the mud is? Are these animals geniuses of colour manipulation (literally) blind to the masterpieces they create? 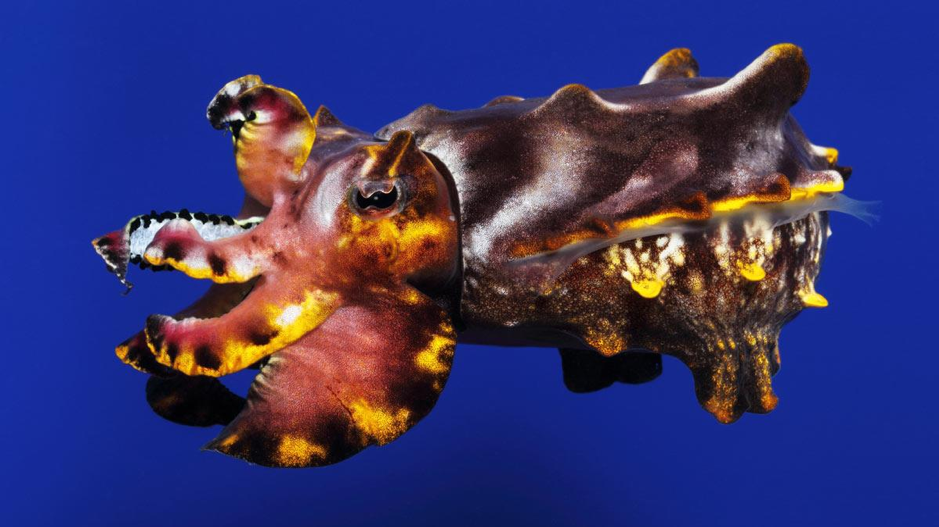 The flamboyant cuttlefish displays the true power of colour-changing chromatophores (skin cells). It is poisonous, and could not care less about blending in.

Recently, though, scientists managed to crack the code of Octopus & Co’s colour blindness mystery, by studying the crazy eyes of cuttlefish. If you look closely, you will see that cuttlefish evolved bizarre and complex eyes that have a “w”-shaped pupil. 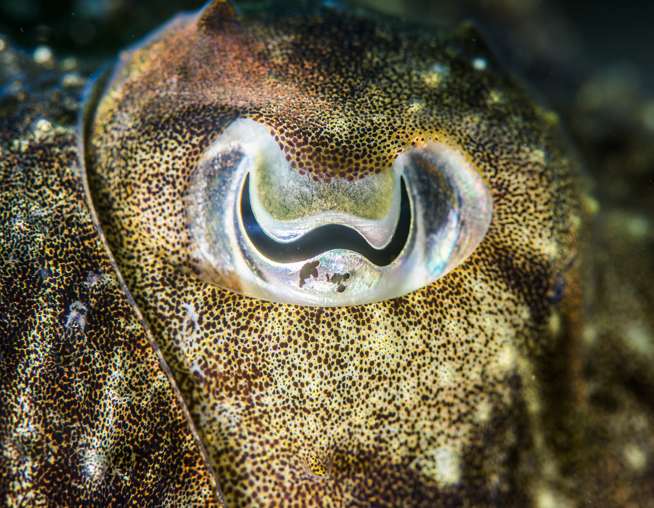 It turns out that this highly distorted pupil shape might help them to ‘see’ colour in a way that is far different from the way we do. Cuttlefish see colour in terms of definition. Now here comes another physics lesson, and believe me, for somebody who has not touched physics since secondary two, I am just as mind-boggled as you. We humans can focus the lens of our eyes – the way you can focus on an object in the foreground and filter out the background object, which becomes blurry. We focus on an object by its distance – how far or near it is to our eyes. Cuttlefish can focus on an object by its colour. Cuttlefish can ‘see’ colour by rapidly adjusting the focus of their lens so that they can capture red, yellow and blue colours in terms of how clear or blurry they are.

To illustrate this concept, refer to the poorly edited picture below: 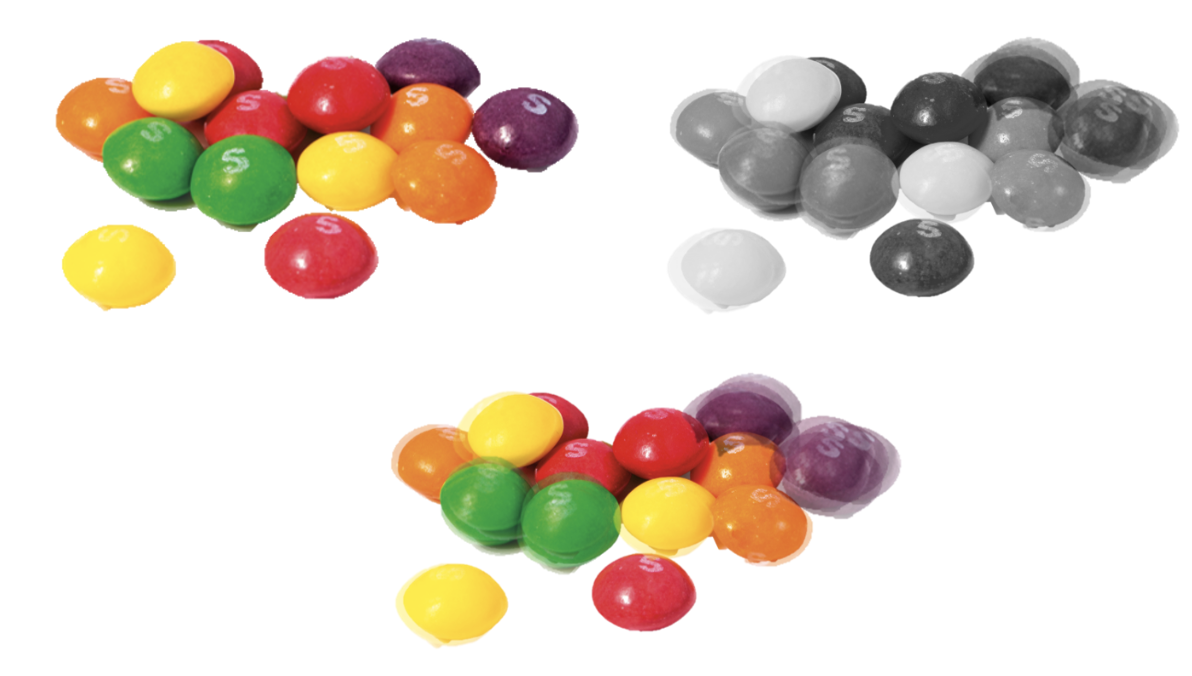 You have to remember that colour is just how we flesh peoples interpret different wavelengths of light – big, chill waves of light are interpreted as red (780nm). Tight, intense waves of light are interpreted as violet (300nm). The in-betweens are green, yellow, orange, blue and every other colour that artists and photographers have familiarised themselves with. Cuttlefish and their high af pupils are able to navigate the different wavelengths of light. In physics, they are exploiting a property known as chromatic blur. We humans, inferior to the almighty cuttlefish, only know it in this form: 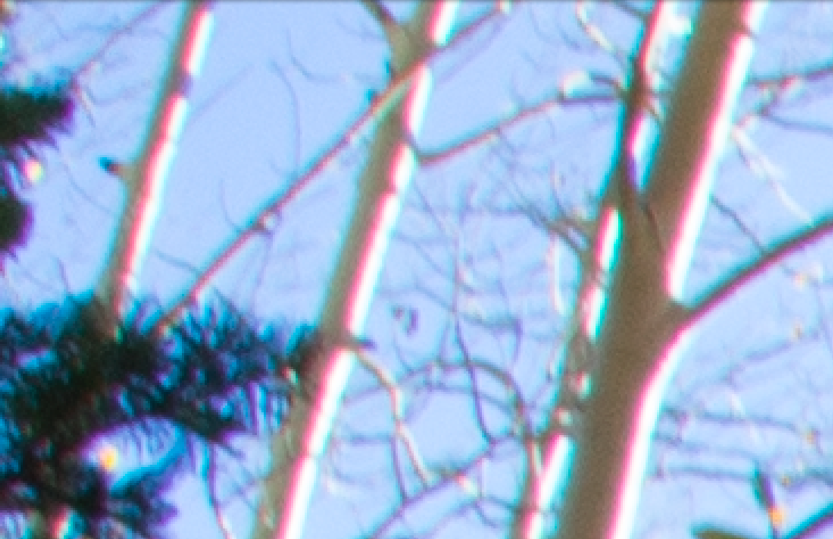 The left edges of each tree branch appear green-blue, whereas the right edges appear red. This is chromatic blur, where the wavelengths of light are improperly focused and produce images that are positioned incorrectly and overlap, causing blurriness.

It’s difficult to answer Nagel’s initial question, “What is it like to be a bat?” Perhaps it may be easier to imagine seeing the world not in terms of sound, but in terms of different forms of light. The humble cuttlefish is an incredibly complex, elegant and beautiful creature (in my eyes) with a uniquely parallel way of experiencing vision and reality. Most of my friends fondly remember the cuttlefish as this: 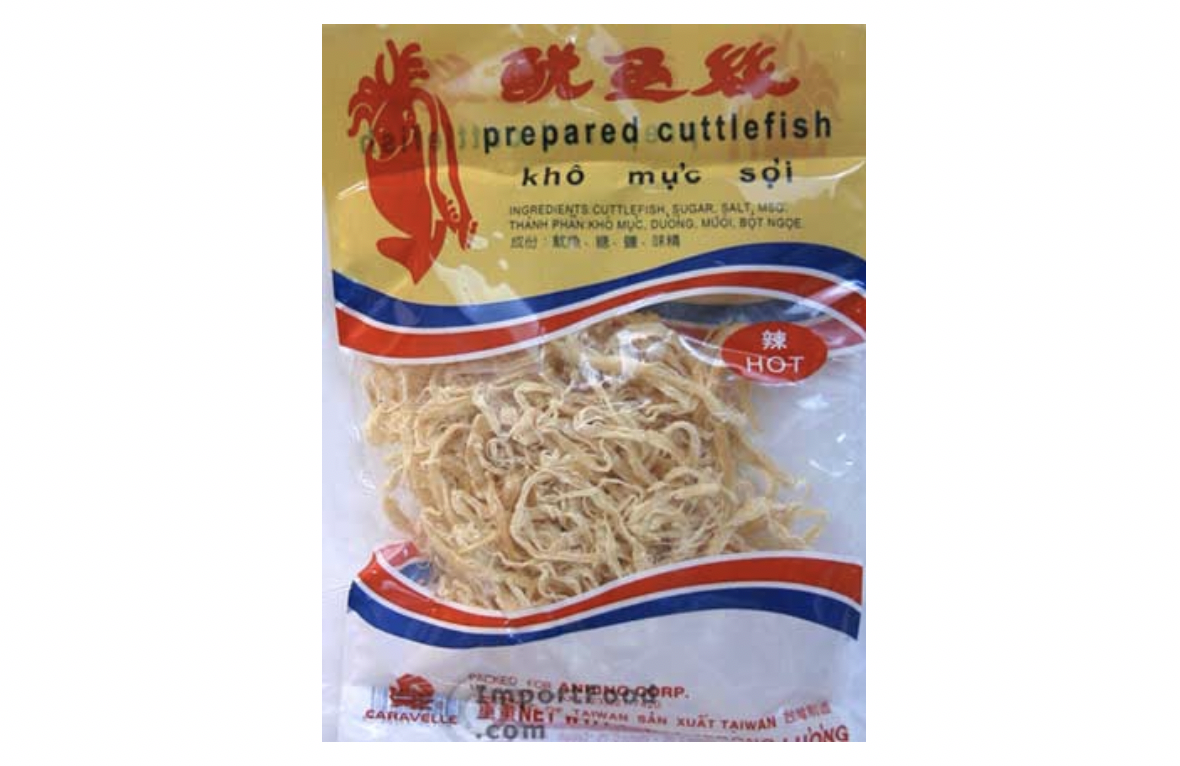 Of course, Nagel’s analogy of the bat was purely rhetorical – he wanted to argue that, bat or cuttlefish, there is simply no way to push beyond the veil of our consciousness to perceive any objective reality that exists independent of an observer. I went on a total tangent and spiralled into a multi-tab midnight Internet research project, but I am still in awe of the beautiful complexity of nature.

Yi Feng’s enneagram tells him that he is a type 4, sensitive, dramatic and self-absorbed, but his delvings into biology and postmodern literature say screw that, and we are more than just the labels society inscribe upon us, or the chemicals that hop around in our brain. In his spare time, he hoards colourful objects like paint tubes and crayons in his drawers as a vestige of some inexplicable childhood manifestation of gay pride.

Header image by our very own Alexandra Moosa (left octopus inspired by https://peacockseyes.com/2016/01/24/animal-spirits-the-octopus)