They start off pure and innocent, starry-eyed and ready to take on the world. Their career begins and they ascend slowly but surely. Eventually, they release that one song which lights the afterburner of their careers and they are thrust into gargantuan fame. Yet fame is fickle. And so slowly, they lose control. They descend into an abyss of chaos, losing the touch which made their music beautiful. This is the tale of the typical American celebrity – Justin Bieber, Miley Cyrus and perhaps even… Taylor Swift?

I had been the craziest Swiftie until well, recently.

When Swift released Red and 1989, I knew I was listening to an artist who was starkly different from the rest. No songs about sex or alcohol. No lip-syncing performances. Swift was slow was intriguing. I heard in her music genuine talent and a true sincerity. They were passionate songs about love and life. As a teenager, I found solace in her songs and arguably poetic lyrics. But more importantly, I found solace in the fact that real talent, a determination to change current trends and pure hard work still counts towards success. 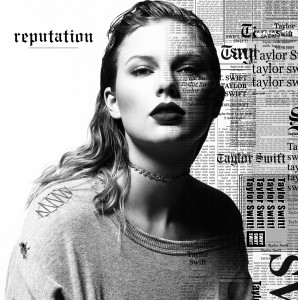 Yet, I began to question my long-standing beliefs when I was met with Swift’s sudden transformation. As I explored Taylor’s new works from her most recent album, Reputation, what laid in front of me was a pretentiously gothic and perhaps even try-hard image of a woman attempting to break into the EDM pop/rock industry. It was a sight to behold given that it was only a few years ago when she was still shaking it off with her innocently goofy dancing in that infamous music video. This declaration of change was further emphasised in her strong, but cringey, single titled ‘Look What You Made Me Do. The statement “I’m sorry, the old Taylor can’t come to the phone right now. Why? Oh, ‘cause she’s dead.” truly signified the detour she has chosen to take.

Sure, the single made history by smashing three records in a single week. Its lyrics video became the most-watched lyric video in its first day of release, notching 19 million views within 24 hours. Its music video commanded 43.2 million views within 24 hours of release. Not only that, Spotify announced that the single had broken the record for first day streaming, with nearly 8 million plays in its first 24 hours.

Sure, the single is catchy and had many of my friends singing it for days on end. But, to Swift’s past standards, I have to say that I was disappointed. Many other Swifties felt the same way

Taylor Swift has always been known for her multifaceted stories and unique way of writing music. Her album ‘Red’, for example, was masterpiece of musical narrative. In the song All Too Well, she vividly describes a past relationship which she ‘remembers all too well’. One of the song’s most distinct lines “Hey, you call me up again just to break me like a promise. So casually cruel in the name of being honest.” hits right home for anyone who’s been through a break-up. So to listen to a song which repeats the line ‘Look what you made me do.’ approximately 32 times, it is quite disheartening. Heartbreaking, almost.

Moreover, the adversarial tone struck in the single isn’t anything new in Swift’s repertoire. For one, Bad Blood and Blank Space in her album 1989 had the same message of taking revenge – respectively against her bitter rival Katy Perry and the media (which unnecessarily fueled public resentment after her high-profile fling with fellow singer Harry Styles). Given Swift’s once brilliant reputation for trying new things, this is a little frustrating.

Delving beneath the single’s supposedly empowering façade would only reveal Swift’s final induction and conformation to the mainstream pop industry. Perhaps profitability has forced sincere music-making to take a backseat. After all, given the tried-and-tested method of creating mainstream pop tunes, what incentive is there for Swift to try something unconventional, as she has done in the past? Remember when she opened up the entire country music industry to a whole new audience of bright-eyed young teenagers?

It should be interesting to note that this phenomenon of change and conformation is most definitely not new. So many of Swift’s fellow artists have sought transformation in a bid to ignite new interest amongst the public. And this might very well be crucial for an artist’s continued success lest they risk turning bland and repetitious in the eyes of the public.

It is, nevertheless, a shame. After all, Swift once said ‘I never want to change so much that people can’t recognise me.’ Change may be a constant but developing a constant core and identity amidst all that is crucial. This was something I found to be special of Swift’s past career – despite switching genres, she remained true to her roots of amazing storytelling and emotion.

Be that as it may, there has been a recent trend of artists choosing to go back to their styles when they first started. Miley Cyrus’ newly-released single Malibu seems to have garnered much success after alienating many of her fans during her questionable Bangerz phase. Swift might still have a backdoor if she decides to take a u-turn.

Yet for now, it does look like the old Swift won’t be returning anytime soon. Until Reputation’s release on November 10, we can now only hope that the rest of the album’s songs will be an improvement from her current two singles. Taylor, look what you made me, a past ardent believer in your music, do.

Clarissa is a Year 1 medical student with a strong interest in politics and current affairs. When she’s not drowning in anatomy, she can be found dreaming of having a Starbucks Pumpkin Spice Latte while hiking in a chilly forest somewhere. She is obsessed with the British accent and hopes to attend Hogwarts one day.