This work is the product of a Tembusu Arts Week event, conducted by Treehouse. A throwback to our childhood, this nostalgic game requires participants to create a story together. Taking turns, each participant adds a sentence to the story. However, each player is only allowed to view the sentence which precedes theirs when making their addition. The result is a crazy, haphazard, amazingly creative story. In this version of the game, each house was given a prompt (in italics) revolving around their house animal, with house members encouraged to continue the story and add their own twist to it. 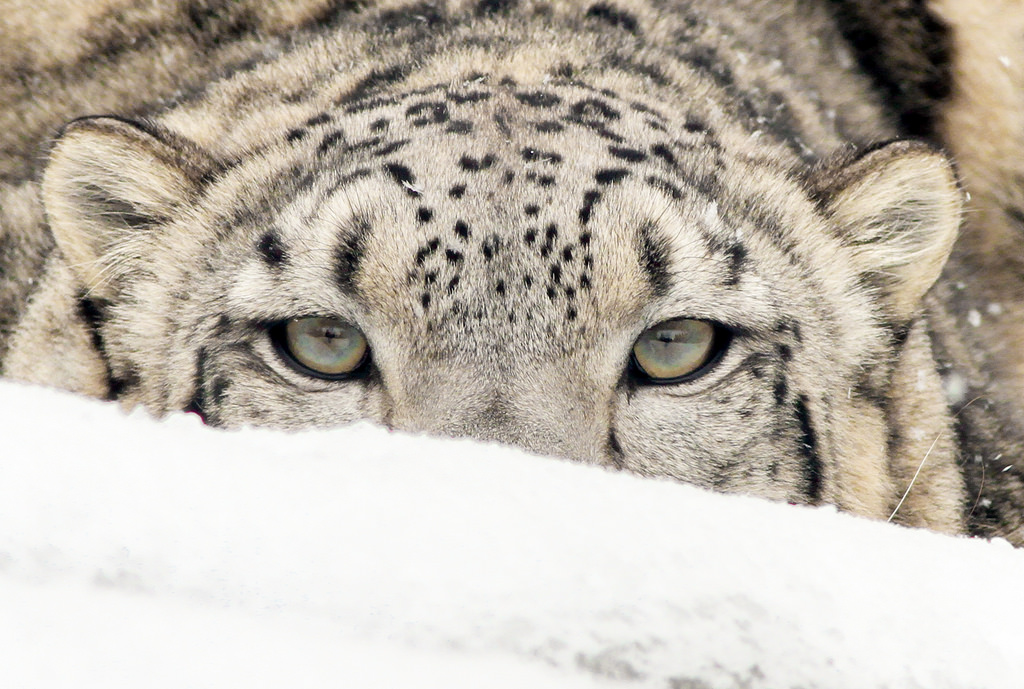 High in the Tian Shan mountain range, the Shan lay silently in wait as it carefully stalked its prey. Crouched low behind a boulder, its sleek fur blended into the snowy landscape behind it. Sensing an opportunity, the Shan readied itself to pounce, its feet tensed into a low crouch.

Before he went out to look for some lunch.

The Shan used to have moral qualms about killing for food, but he has long abandoned them in favour of fried chicken.

The avalanche of fried chicken overwhelmed the Shan, forcing him to reconsider his newfound carnivorous tendencies.

In a state of shock, the Shan decided it was time for some drastic change in its life and picked up the book Eat, Love, Pray only to realize that it could not read.

All those years of supper with the Shan’s cubs meant that the Shan had picked up one or two words at least, despite being unable to read: Eat and Love. 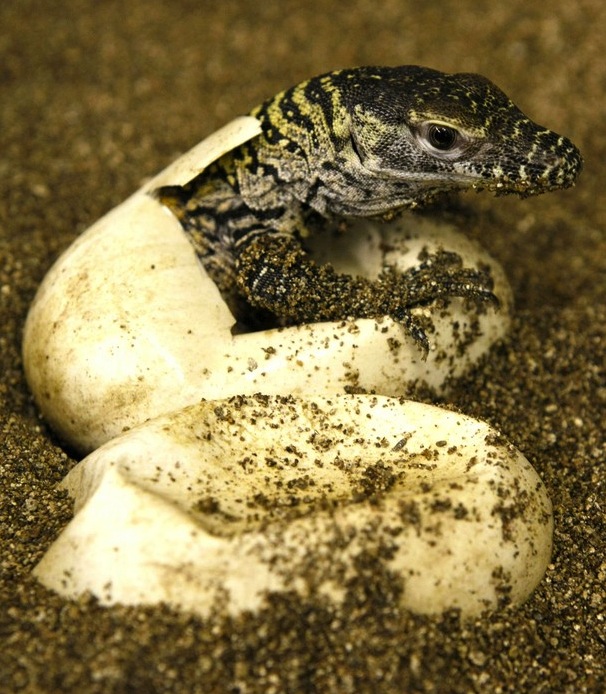 With an almighty shove, the Komodo hatchling finally broke free from the shell which had made up its entire universe for the past 8 months. Opening its eyes slowly, it quietly took in its surroundings and braced itself to explore its new home – Komodo Island.

To the call of the wild, the brood was awakening. Its brothers and sisters, dashed in their glistening colorful scales, tilted their heads to the breeze.

Wet tongues waved wildly as the brood began to lumber around, basking in the morning red.

A collective consciousness was formed as their tongues caught onto the scent of a faraway land, carrying with it stories of a faraway tribe.

The faraway land smelled the sweet smell of chicken rice–a flavor long since lost to the mighty brood.

It breathed in deeply, and the oily tang unearthed from the deepest recesses of its mind a shadow of what once was: The calling was irresistible.

Memories warm you up from the inside, but they also tear you apart.

But then, you realise, this isn’t all that bad.

You thought to yourself, “Entering the parallel world of witchcraft and magic will definitely be an ‘out of the world’ experience”.

But you did not expect the experience to be really out of the world; you have been teleported out into space!

Gazing at the stars in an open field, you feel the dew slowly soaking into your skin, and at that moment you felt connected to the world and yet simultaneously as distant as the hidden galaxies.

Curiously, a single star seems to be getting undeniably and rapidly brighter.

The Komodo dragon regarded the star with unblinking, unconcerned eyes, until eventually the star became too bright to stare at.

Its tongue flickered incessantly, picking up on the proximity of a buffalo; claw by claw, its heavy limbs marauded the dust off the soft earth as it stealthily approached its unknowing prey.

Suddenly, music started playing in the background; It was a familiar yet soothing tone; the voice of Justin Bieber. 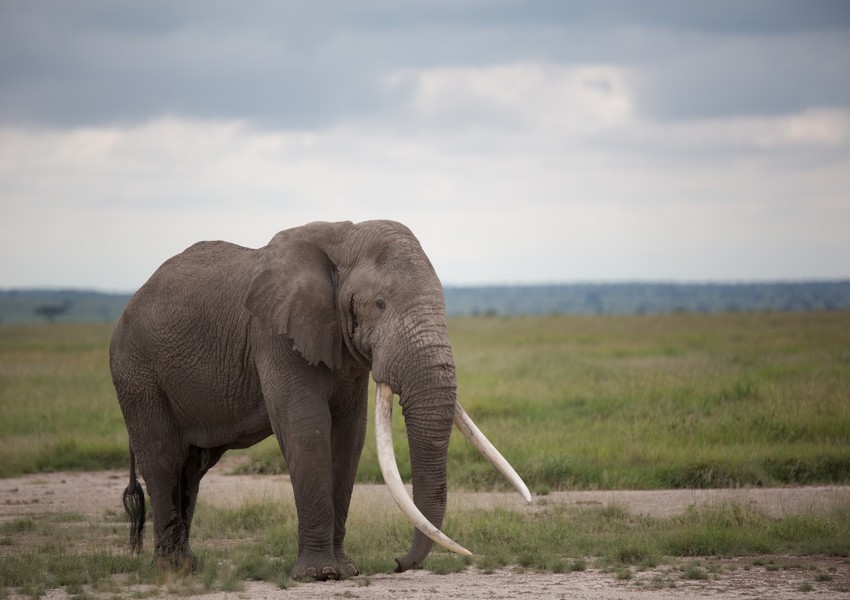 A terrible drought had befallen the Terai-Duar Savanna, and the grassland had been worked dry. Gathering what strength she could, the matriarch of the Gaja herd forged ahead of the rest, seeking with her wizened eyes food and water for all to take respite for the night. Her herd – no, her family was depending on her and she refused to let them down.

Her ears twitched, she knew this sound.

It was familiar, a sound she had heard too many times before.

She knew what that sound meant.

What it heralded – It was time to return to her family.

With meteors carving new craters into the ground and jet streams ripping through the air, she knew she didn’t have much time.

The humans might have died to the apocalypse, but the elephants would survive.

Elephants have big butt and hence, they won the game.

But then, the snow leopards were displeased and decided to challenge them

The snow leopards gathered together and laid a crafty plot on the slopes of a far away mountain, where their king snow leopard resided.

Unknown to the elephants, the snow leopards moved out with their crafty plan in place, ready to slaughter the entire herd without mercy.

Then, everything changed when the Komodo Dragons attacked.

By puking rainbow over the Nazis.

The Nazis screamed in terror.

As the Allied Forces thundered down upon them with their latest invention, the Gajabots.

The enemy decided to remove the batteries, leaving the Gajabots powerless, literally.

The enemy laughed maniacally as he left the scene with a complacent smirk.

He swaggered off into the distance, one hand holding a glass bottle and the other twirling his knife.

It was then that the ninja pirate robot zombie komodo dragons launched their secret weapon, The Avatar, master of all four elements.

But then the despotic Shans released their secret weapon: M Night Shyamalan, Destroyer of Films and Mother of Plot Twists.

But it was useless for the Gaja had long prepared a counter, all in anticipation of this day, “Rho Aias: The Seven Rings that Cover the Fiery Heavens”, capable of blocking heaven-tier magic and more.

Thus, they lived happily ever after. 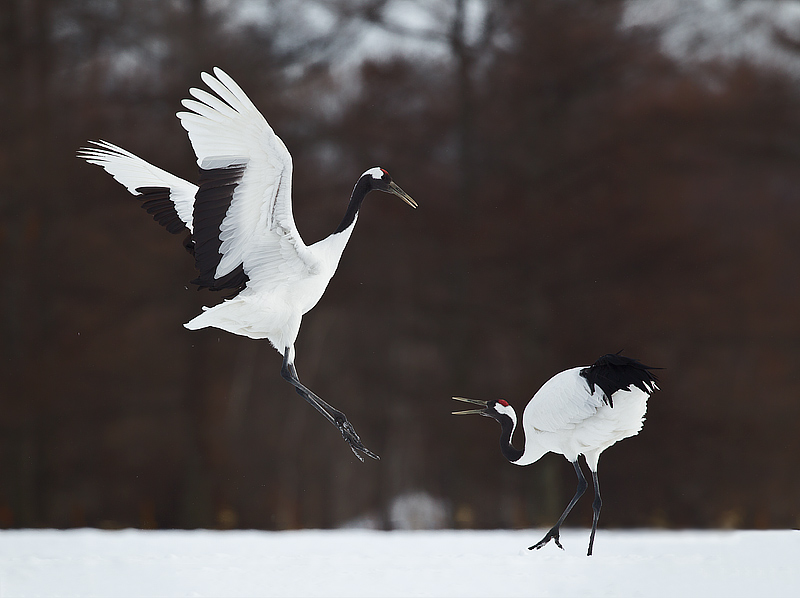 Spring had arrived in the Lake Khanka region – the grass had begun to grow again and flowers were just beginning to bloom. The Tancho circled Lake Khanka as it returned from its wintering grounds. Its wings spread wide, it continued its slow downward spiral, landing in a moment of grace on the bank, and then began to groom the fine feathers rustled by the wind on its flight. It was time to find a mate and the Tancho couldn’t afford not to look its best.

The Tancho carefully scanned its flock, its eyes attempting to discern the perfect mate.

It then had an epiphany, the members of its flock have been the same for years.

It shook off the last vestige of downy childhood fluff, and hopped to the precipice – of nest and new life.

To hell with the flock, to hell with Khanka, Tancho took to the skies.

“Tancho decides that interspecies relationship with Ponya would be exciting”, Kabir justified enthusiastically.

Not exciting but rather, humorous.

The Tancho cackled to itself as it thought back to what had just happened.

Excitedly, it planned for its next date – would getting plants together be good?

Tancho was slightly nervous – this dating thing is confusing even for endangered water fowls.

But someone had to do something – it slicked back its feathers and dabbed at its red crown, and took a step forward.

Little did it know, that one step it took was the start of its decline – it stepped on the poop of the annoying Ponyo (;D) How to find a mate liddat?

Smelling so unique, it definitely stood out though, it rationalized.

And true enough, as it cursed its luck, a rustle of feathers next to it announced the arrival of another Tancho, this one pinching its nose at the stench.

“Dorothy, dear, you really ought to air your rooms out” the new arrival remarked, as he settled himself into the upholstered lump that was Dorothy’s sofa.

Dorothy let out a squawk and flew a few feet in the air, surprised at the sudden arrival of this dashing stranger.

“He’s too dangerously charming to play with,” Dorothy thought to herself.

Dorothy briefly wished she could brew a cup of chamomile tea to calm her nerves, but then remembered that cranes do not drink tea.

“Rustle my feathers and sharpen my beak – it’s time to get some real crane food&$&!

But alas what is “crane food”?

Off Dorothy went, her new friend in tow, to find themselves an aphrodisiac before they got down to business.

Unfortunately, Toto mistook the aphrodisiac as his doggy treat and, upon ingesting it, fell into a trance.

Tottering upright and drunkenly pawing at the walls, Toto VI – son of Toto V – decided it was time.

He declared to his fellow men of the Night’s Watch: Winter has come!

Following his lead, his brethren took to the skies, the heavy thumping of their wing beats filling the air.

The Tancho was excited for the weekend to begin, it could finally take a break from its daily grind.

Just so that Tancho could qualify for the Starbucks 1-for-1 promo for customized drinks, although it had no one to share the second drink with 😢

The Tancho decided then that it would lure its mate in with the extra Starbucks drink it had.

5 minutes later, she smugly glided away with a date (but no coffee, alas). 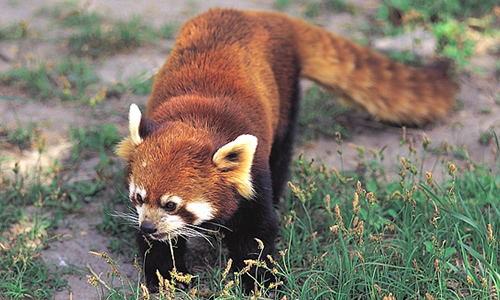 Bright, inquisitive eyes peeked out from within the tree hollow. The young Ponya quickly darted out of its hiding place and scampered across the Himalayan forest floor. The Ponya paused, a glint of light catching his eye – unable to resist, it now scurried off in a new direction, its interest piqued.

A ruffling noise, a cracking branch.

A scurry of tails, then a pregnant silence.

The Ponyan was ready, and dashed forth towards the light.

The nimble creature jumped from tree to tree with ease; finally landing with a satisfying thump on the top canopy.

It was from the crest of the canopy, that the breathtaking horizon of the Kingdom of Tembusu could be seen in its full glory.

This is where the true story begins, for the ponya became entranced by the beauty of an elegant tancho that flew across the horizon.

The ponya had yearning beyond imagination for the tancho, and had begun ruminating about the day it would meet its fated one.

Even if trans-species relationships were frowned upon, if not illegal, in the Kingdom of Tembusu, the primary hindrance was that the Tancho was married.

Alas, the poor Ponya watched as Tancho, ring bound tightly on its right leg, landed quietly beside the sleeping ora.

The tancho’s ring reacted to the sleeping ora, and chimed with a short ring to rouse the lying komodo up.

At this point, the confused Ponya shrugged its shoulders and took a bite out of his favourite snack – tender young bamboo.

The distinct taste of bamboo brought back many haunting memories for the Ponya, it’s eyes glistened with the ghosts of its past.