Most of you have probably heard that the Land Transport Authority (LTA) has proposed to build a section of the Cross Island Line (CRL) under the Central Catchment Nature Reserve (CCNR). You might also have heard that an Environmental Impact Assessment (EIA) predicts that soil investigations for the route will entail a moderate impact, and that an alternative route has been proposed. However, what does all this mean?

Firstly, what did the EIA study, and what exactly does a moderate impact mean?  Secondly, why is there so much discussion on it? In this post, I hope to be able to tell you more about the EIA and why nature groups are concerned and what the other considerations are. However, I will not be adding my own interpretation to this post as my intention is only to provide you with information so that you can come to your own conclusions about the issue. I have provided hyperlinks in the article to relevant newspaper articles and other sources of information so do go find out more if you are interested.

The CRL and the alternative route

Before I go into the EIA, I’ll talk briefly about the CRL. The CRL was first proposed in 2013, a 50km long line that spans from Jurong to Changi. The controversy comes from the 2km stretch that runs under the CCNR, Singapore’s largest nature reserve. In response to this, a 9km long alternative route going around the south side of the reserve has been proposed. To see the route, refer to the Figure below from the CRL media factsheet by LTA. A more detailed map can be found on Pg 9 of Volume II of the EIA, available here: http://www.lta.gov.sg/content/ltaweb/en/public-transport/projects/cross-island-line.html. 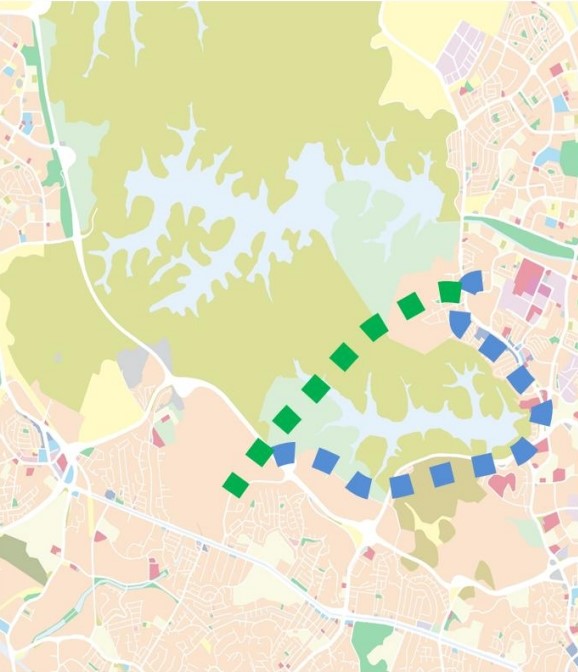 What is the EIA about?

Firstly, what is an EIA? An EIA is a systematic process that identifies, predicts and evaluates the environmental effects of proposed projects. This information is then used to suggest enhancement and mitigation measures to lessen the environmental impacts. The methodology and parameters used for an EIA are not standardized, and would be decided by the experts doing the EIA.

The recently released EIA was only the first phase, limited to assessing the impacts of soil investigation (used to check if the ground is suitable for construction). The second phase of the EIA (which will assess the impacts of the construction and operation of the CRL) is expected to be completed by end-2016. The parameters studied for the phase 1 of the EIA were surface water & groundwater resources, ambient noise, vibration, ambient air quality and ecology & biodiversity. The overall impact for soil investigations of the direct route reported by the EIA is ‘moderate’ if mitigating measures are taken.

However, what exactly is a ‘moderate’ impact? As defined by the EIA in Volume I, a moderate impact “has an impact magnitude that is within applicable standards, but falls somewhere from a threshold below which the impact is minor, up to a level that might be just be short of breaching a legal limit”. Essentially a moderate impact is any impact that does not break a law and is higher than a minor impact. For moderate impacts, mitigations are required to lower the impact as far as possible. As for the rest of the impact definitions, they can be found in Volume I of the EIA (link above, see pg 33).

In the interest of keeping this article short, I will not be going more into this but a really excellent summary of the EIA was done by Chope 4 Nature and the article can be found here: http://www.chopefornature.org/concerns/eia-soil-investigation/. [Note: The point in the article about the trail width being only 1.5m has been pointed out to be false and for the concerns regarding weight, using a tracked vehicle should help to distribute the weight]

Why are nature groups concerned?

The CCNR is one of Singapore’s largest continuous forest patches and it is home to many native animals like the Malayan Colugo and Slow Loris. As Singapore has already lost over 95% of our natural habitats, some of these animals can only be found within the CCNR and Bukit Timah Nature Reserve (BTNR) which is just next to it. While the impacts are mitigated, nature groups are worried that these may already be too much for the nature reserve, resulting in irreversible damage to the CCNR and the animals within it. As mentioned in the EIA, the CCNR is already suffering from various impacts including fragmentation, high human use and urban development in close proximity. These impacts are small by themselves, but the cumulative effect could be much larger than expected. Furthermore, nature groups are also concerned as to what would happen should mitigation measures fail. 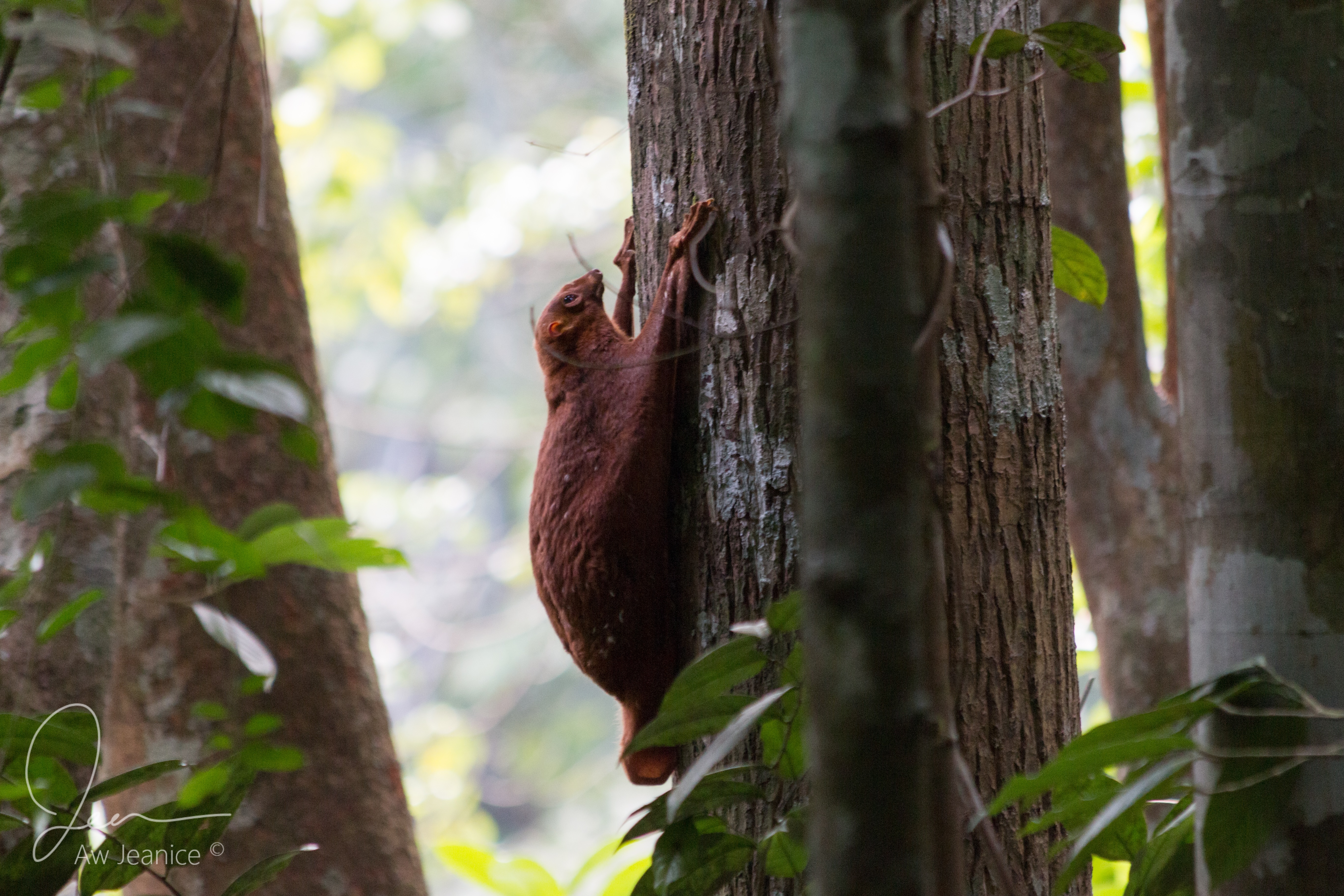 The Malayan colugo is one of the many animals found in CCNR. They are nocturnal animals that are commonly found clinging to trees and they have a membrane between their limbs that allow them to glide from tree to tree. Young colugos will cling onto the underside of their mothers until they are weaned.

Aside from the environmental impacts, there are other factors to consider. One consideration is, of course, cost. LTA has announced that the alternative route would cost $2 billion more than the direct route. To better put this number in context, the entire CRL is estimated by industry experts to cost $40.7 billion. At this point, we do have to ask ourselves, is saving the $2 billion worth potentially damaging the largest, and one of the last forests in Singapore? Additionally, we do need to consider the costs and profits from running the line. I lack the knowledge to comment, but the Straits Times recently featured an opinion piece on this subject: http://www.straitstimes.com/opinion/cross-island-line-debate-misses-elephant-in-room. Furthermore, does the $2 billion extra factor in the additional mitigation measures that will be proposed in phase 2 of the EIA?

Another factor that has surfaced is that of land acquisition. The rerouted line would go through some private housing estates and home owners might be displaced. However, at this point of time there is very little information on the amount of land that needs to be acquired and how many home owners will be displaced by the alternative route. If we would like to discuss this further, these pieces of information are required.

There’s another opinion piece here which calls for more discussion of the alternative route more as well: http://www.straitstimes.com/opinion/cross-island-line-all-sides-must-keep-an-open-mind?&utm_source=facebook&utm_medium=social-media&utm_campaign=addtoany

This post was a very brief summary of the CRL issue, for those interested to find out more do check out the hyperlinks. Additionally, the EIA report is available online so those who are interested in finding out more about the environmental impacts please do take a look as well.

If you would like to see the CCNR, there are many nature groups doing guided walks at this point of time, although most of them are filled to capacity. Do follow these groups on their respective Facebook pages and blogs as they may open up more walks. Here are the links to three of the groups conducting walks.

I hope that this post was informative and that you will be able to better weigh the pros and cons of the alternative route. I apologize if the post is a little biased as I belong to one of the nature groups (BES Drongos) and we are pushing for the alternative route as we feel that CCNR is too valuable to risk and we hope the CCNR can be preserved not only for current Singaporeans but for future generations as well. 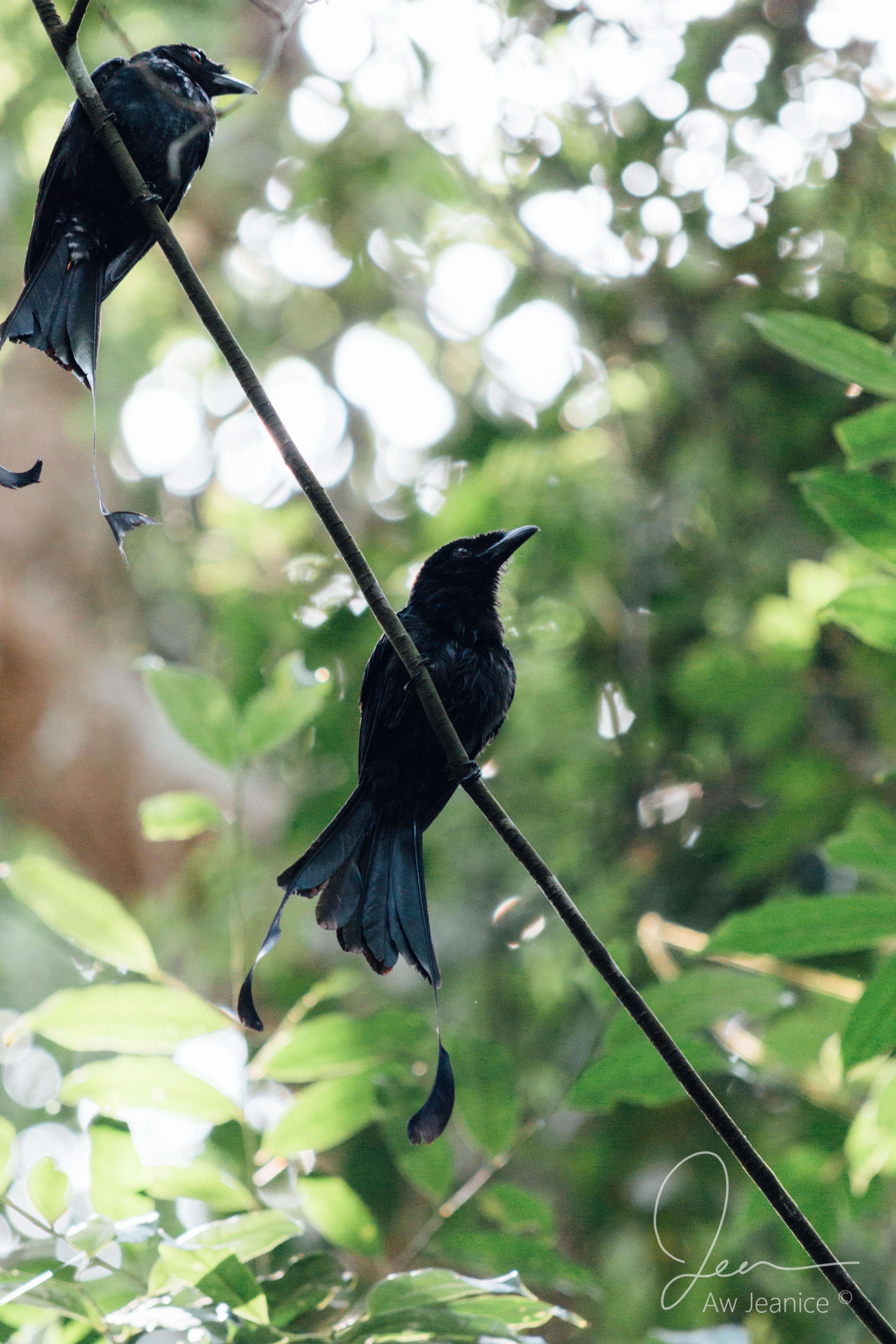 The greater-racket tailed drongo is the namesake of the BES Drongos and it can be found in the CCNR as well. The greater-racket tailed drongo is known to mimic the calls of other birds but it often appends a metallic note at the end. A hypothesis for the reason behind this ability is that it mimics the alarm call of other birds to cause them to drop their food, giving the drongo a free meal.

Juin Bin is a second-year Environmental Studies student specializing in Environmental Biology. He is also the next president of the BES Drongos, a group of nature guides from his course. As a nature guide, he enjoys being around nature, and telling people about the rich biodiversity Singapore has.