This interview series seeks to discover five years of perspectives – from students and fellows in Tembusu College, whether they have just joined the college, or have been with it since its inception. This week, Song Yu Chuan, Masters student in Architecture, recalls his most memorable experience during his five years in Tembusu College. He also shares his hopes for students to continue to better the college. 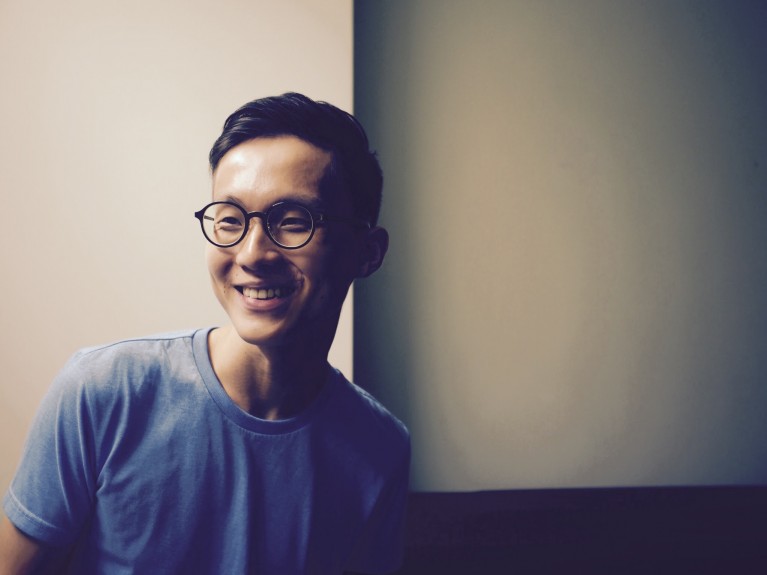 Yu Chuan joined Tembusu College in 2011 as part of the pioneer cohort of students. He graduated from the college in 2014 after completing the University Town Residential Program and Third Year Experience, continuing as a Senior Mentor in his fourth year. During his undergraduate years, Yu Chuan was actively involved in college life. He has served in the Ora House Committee, 2nd College Students’ Committee, and started the Under the Tree Project, a platform for Tembusu students to produce original music. Yu Chuan was also Resident Assistant for Tancho House (2013/14) and Ora House (2014/15). Currently, Yu Chuan serves as Graduate Fellow for Ponya House.

What was your experience like when you first joined Tembusu?

At the beginning, the college was a blank slate. Even though there was a cohort of students from the pilot programme, no one was absolutely sure of what was next. There were some structures in place – faculty and staff organisation, the College Students’ Committee (CSC), the house system and the idea of having interest groups. The college formed itself quite organically around this basic structure.

In my first year, I ran for the house committee and then the inaugural CSC elections. It was a really fun process and I got to meet many new friends who eventually became my colleagues. We had dinner-time rallies, open debates and stuff like that. The ‘political scene’ is quite unlike what we get now. After the elections, I spent most part of my two years in Tembusu as the Director of Clubs and Societies, a position that has been subsequently dissolved. That position was instrumental during our formative years because we had to kick-start the idea of interest groups (IGs), no one knew exactly who was going to do it and how we were going to get it done.

I had a very good predecessor from the pilot batch who drafted out the standard operating procedure (SOP) and created a system for IGs to be formed with ease. When I took over from her, it was really about encouraging the creation of new IGs and to work together with them to sustain the various IGs – some of them disappeared after a while but others survived till today, such as Treblemakers, Ukelele Beats, Yarn and Glue, TBarefoots, tCrew, Night-cycling, Debate Club, etc. During my term, we also saw the creation of the Performing Arts Council (PAC) – that was an evolution in itself. I still remember the day when someone asked on Facebook, “the college has some budget to buy musical equipment, can anyone help?” Those who were interested just signed up and bought a good inventory of items but there was no system to account for them. After one and a half years, the system evolved into the PAC where there was a clear and effective system. A lot of it was driven by students who felt a sense of ownership and pride for our college properties, and wanted to create a system of responsibility and accountability for it.

When you first joined Tembusu, what were your expectations of it?

The main attraction for me was the fact that in the College, we get to live alongside professors and faculty members with diverse expertise. I study something that is very specialised, you know, architecture, and I thought I did not want to finish my five years in NUS focusing on just one thing. Coming to Tembusu was an opportunity I gave myself to be immersed in a diverse environment. When I entered Tembusu, I did not really know what to expect, it was so new that no one could promise us anything. So we made our own expectations and created our own experiences. In a way, it was an extremely exciting phase and things turned out beyond my expectations. 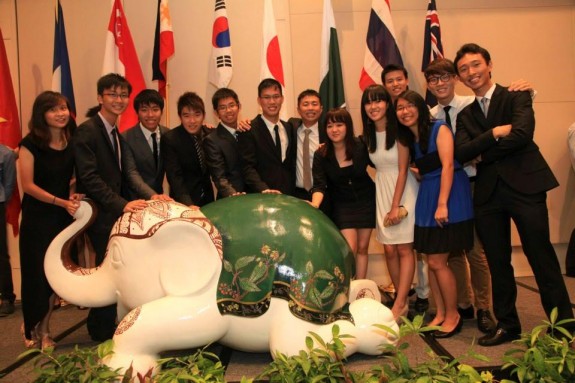 Yu Chuan and other members of the 2nd College Students Committee (CSC) at a special Master’s Dinner, where Professor Tommy Koh invited delegates from around the world to dine with the students.

What was your most memorable experience in Tembusu?

It has to be the filming of a lip dub video during my second year, as part of the orientation programme.

Most of these people in the video are no longer residing here, but watching the video now brings back many fond memories of them. What made this so special was that it was entirely student-run. We also got exchange students who stayed with us but left to contribute to the video via Skype. The lip dub was meant to showcase the different facets of Tembusu College to the world, to showcase our IGs, houses, faculty and program. So as you can see, every IG that existed at that time was represented. It was also a promotional video to illustrate the Tembusu life. For the team behind the video, it was an extremely painstaking task to plan and execute the whole thing, but when it was finally done, they knew it was worth every effort because it got the entire college together to produce something memorable for everyone.

Where are the areas you think Tembusu has succeeded in?

I think we have became one of the most attractive colleges in NUS, right? We did not disappoint as the first residential college to be set up in University Town and we managed to maintain the diverse and inclusive culture which distinguishes us from other colleges. A lot of things in Tembusu are still relatively open-ended and there is always a place for different individuals. In that sense, Tembusu has succeeded.

Academic-wise, I really enjoy lessons in Tembusu. The academic life here has really redefined the university experience. Maybe we should ask someone who has never stayed in a college and give them a one-week exposure. Then we would have a better sense of how Tembusu has succeeded.

We have built a good model for colleges in NUS to reference, but I would like to believe that everything else in Tembusu is a work-in-progress.

What do you foresee in the future for Tembusu? Or what do you hope to see?

I hope the new generation can step up more. When I say this the underlying assumption is that they are not, which is debatable. At least, I feel that the structure and system in college is already quite solid, and there is a danger in systems and establishments. It gives people little motivation to step up, be creative and daring about what they do. It is not about having a revolution each year but it is always good to see how newer generations bring in fresh ideas and challenge what is already known. I hope to see our students carry on the same spirit of the Home of Possibilities. It’s very clichéd but it is true, we believe that whatever you want to do in university can be done in Tembusu.

On the other hand, I recognise that there might be lesser opportunities for current batches to blaze the trail. For example, Treehouse is already well-established in the college and naturally, when freshmen come in, we hand it down and expect them to simply go in and carry on. So, in that sense, the current batch of students need to be even more motivated than the pioneering batches in order to reshape the college experience.

How do you think more opportunities can be created?

Let us take Treehouse for example, it began with a group of students who were interested in writing and they started off writing about college life. Along the way, other writing groups such as the Breakfast Network and The Middle Ground provided students with similar interest to pursue journalism that was more political. So the question is: where does Treehouse stand? Can a college blog have a greater purpose other than to entertain its own community? Can we increase the reach of readership? Can we train and inspire students to be better writers? Can we accommodate other modes of ‘writing’ that are not necessary done in words? There are a lot of questions we can ask. It is not about changing the status quo but transforming the existing IGs into something better.

I believe Tembusu is a place where we are not afraid to fail. It is a place to experiment. It is a place to go crazy. The college will definitely support us as long as we feel strongly for our cause. The next generation of Tembusians should have even more “gusto” and ambition than their predecessors in order for us to continue the spirit of avant-garde and reinvention.

My best decision in university.

This interview was conducted by Charis Lim, with images from Song Yu Chuan’s personal collection.