Ryan was pegged on my list as one of the last people to be studying Pharmacy. Perhaps it had to do with my permanent association of his lean frame gazelle-ing on UTown Green with a Frisbee disc.

My conviction of the unlikely nature of his major is deepened when Ryan relates that Secondary 2 was the last time he had touched Biology. When it came to picking a major, however, Pharmacy, rather than Chemical Engineering, seemed the right choice for its absence of the agony of mathematics. Ryan is very happy catching up on the lost years of anatomy, biochemistry and physiology.

For Ryan, the field of academics holds a middling position in his list of life priorities, which explains his self-described YOLO stance towards individual schoolwork. Jumping into the boat, say, three days before finals, Ryan shows, if not foresight, but a definite laser-focus when a cut-off point nears. He remains clear-headed through the work, and if he bumps into any foreign obstacles, he recommends that it is best to avoid panic and to “get over it” and “move forward.”

It would, however, be awfully narrow to regard last minute preparation as Ryan’s only attitude towards everything in life. Of practical character, Ryan grounds plans so that goals are achievable and eventually achieved. The virtue of ownership drives him to involvement and follow-through until issues and problems are fully resolved. Although when asked what motivates him to get up in the mornings, he quips bluntly: “Alarm clock lor.” 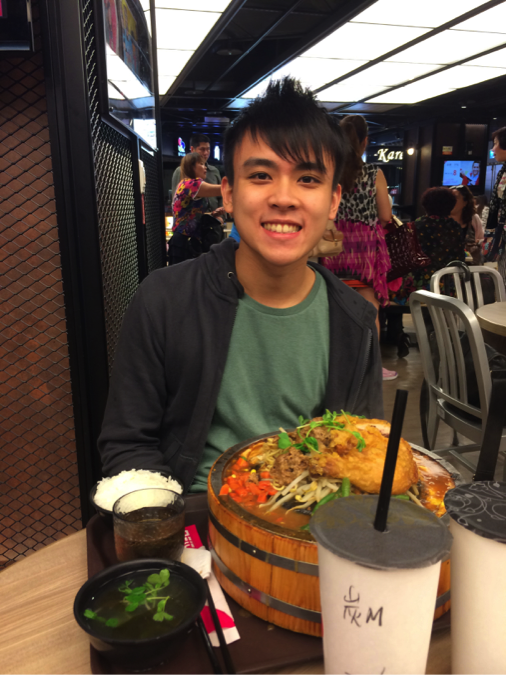 Ryan having a sumptuous meal while on holiday in Taipei.

Another trait of Ryan’s that surprised me is his long-standing inquisitiveness in mechanical instruments. He explains that the technicality of such gadgets, including that of the human body, draws his eye. The apparatus of his home, with its abundance of air-conditioner, television and computer, had been his imagination’s playground. Rather than deconstructing the actual machines, he read widely about how the most innocuous hidden mechanisms worked. A substitute which he acknowledges probably made him a less destructive child.

Ryan relates a time when his family bought a second-hand car. Curious, he took a look at the engine and told his parents that the generator belt was missing. A few days later, the car wouldn’t start. The battery was dead and the mechanic told them as much. Primary school Ryan had determined the problem from the get-go. Now, he laments that auto and aeronautical engines are beyond his reach as a mere student. As an alternative, Ryan channels his spirit of enquiry towards more quotidian gadgets. He has made a powerbank for his phone, which runs on AA-batteries, and fixed his dying earphones about four times. He has helped friends cobble together about nine or ten complete desktops systems. His work with computers also extends to coding the recent CSC website. 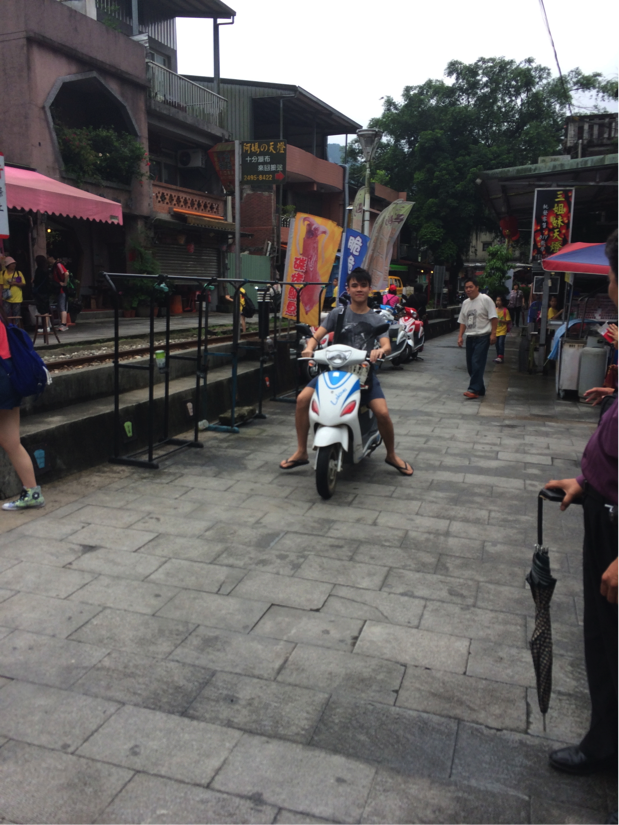 Ryan connecting with his ‘spirit animal’ while on holiday in Taipei. (It’s a scooter.)

The multifariousness of his character frames Ryan as a highly adaptable individual. I think his laid-back personality contributes to a willingness to go with the organic flow of things. A persistent curiosity in undertaking unfamiliar exploits, whenever and wherever they spring forth, fuels his intense presence in the now. Ryan is surely an individual who has exponential prospects of growth in his position as the Operations Director.