It was a Saturday evening when I had an impromptu interview with Felix Fernando. Even before I managed to knock on the door of the CSC room, he has opened it for me. A random Spotify playlist ran in the background, accompanying him as he did his budgeting stuff as the Finance Secretary…

Felix is an Industrial and Systems Engineer who loves sports. He has been playing badminton and basketball ever since primary school. At 15 years old, he was chosen to represent his province to compete at a national karate competition in Indonesia. Unfortunately, he didn’t manage to actually compete, as he had to come to Singapore to continue his studies. With a friendly twinkle in his eyes, he proclaims that he has never lost a swimming race to someone who is not a trained swimmer. Someone should take him up on that challenge. 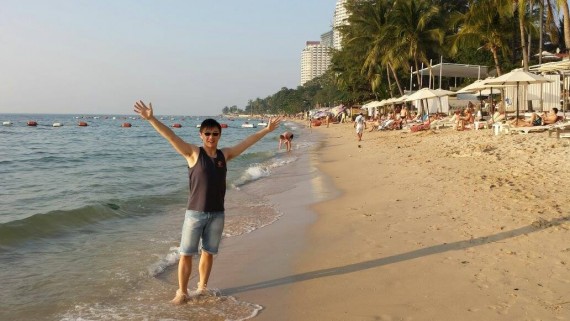 Doesn’t this picture just scream ‘Come at me, I challenge thee’?

He also enjoys reading- the first book (or rather, books) that springs to mind is J.K. Rowling’s Harry Potter series. Besides that, Mitch Albom regularly makes it into his reading list. And in contrast to yours truly who rarely touches non-fiction at will, Felix enjoys reading Malcolm Gladwell, notably The Tipping Point and Outliers: The Story of Success.

The only natural question to ask an avid reader is, of course, what’s his favourite quote?

“The most powerful thing in the world is the power to choose.”

Felix interprets this quote as a choice between the mindset of can or cannot. He believes in active decision-making to chart your own life, wielding power over your own journey. Our ability to do can, and by extension should, be decided by ourselves.

This principle is especially salient as he recounts his first major downfall during Year 1 of Junior College (JC). Having enjoyed above average grades in his academic life up till then, he was too complacent during a transition that came too abruptly. Thinking that he would also breeze through JC, he started off the academic year with too relaxed a mindset. As a result, he failed subjects that he would have normally aced.

But instead of crying over spilt milk and moping over his results, he decided to buck up and do something about it. Since then, he has also adopted another motto:

Believing that our standards for the best can always be increased, we are able to push ourselves and always go higher than where we are now. This can-do attitude seems to be a big theme in guiding his actions, a value that he holds strongly. 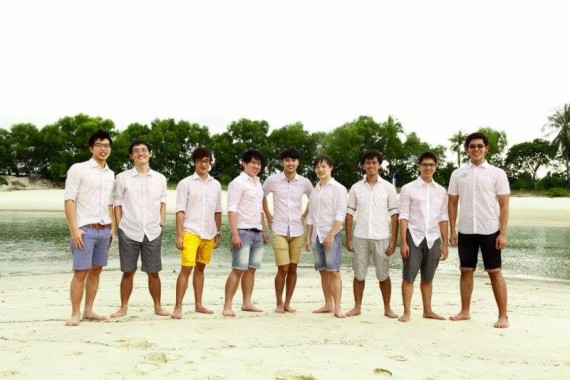 Felix with his ”bros’ from ACS(I)

Another core value that Felix holds close to heart is the importance of family. Declaring that family is the fundamental of our lives, he identifies himself as a family-oriented person.

Jokingly, I asked what kind of girl will make a good wife for his family-building agenda. Without hesitation, he declares that she must be a good housewife. I’m guessing that would include all the normal housewifely duties such as cleaning, cooking, and changing the baby’s diapers. Ladies, please take note – she should also be willing to learn how to cook from his mother.

But of course, we can’t let the ladies do all the work. What would he do to impress the girl during courtship?

“Just be myself lorh.” I stared at him for a moment and raised an eyebrow.

He proceeds to explain his opinion on boy-girl relationships: that we should always be ourselves and not try to impress. That way, you can be sure that the other person is able to know and accept you for who you truly are. Wise words indeed.

Felix dreams of a life where he becomes an entrepreneur, the CEO of his own company. He aims to retire at the age of… no, wait. He “simply cannot” retire, as he loves doing business. When he gets rich enough, hopefully before the age of 55, he wishes to set up a foundation for the education of needy children.

Felix strikes me as an exceptionally caring person, evident in the little things that he does. One day as I walked out of Tembusu to get a late lunch, I met him at the lobby and casually asked if he’s had lunch. He’d just returned from lunch and was waiting for an appointment in 20 minutes’ time. Normally, most people would just wave and wish me a good lunch. Not Felix. He accompanied me right up till the moment he had to leave for his appointment. It was a small gesture, but heartwarming nonetheless.

As Felix embarks on his journey as the Finance Secretary of the 5th CSC, we hope that this experience will help him with his goal of being an entrepreneur, and sincerely wish him all the best.

The images used in this article are from Felix’s personal collection.