I wrote a personal statement when I applied to Tembusu a few months ago. I kept a copy of it, a part of which reads:

“The reason I want to stay at Tembusu in particular is that I was very impressed by its culture when I visited it on the Open Day… it was ultimately the passionate residents I met there who were willing to take up initiatives for the college that sparked my interest in staying at UTown.”

I joined the community under the impression that a cohesive environment would birth a vibrant political culture. I expected to witness the residents take interest in the manner the college is run by their elected student government, engage it on issues that affect the student body and support its initiatives, if not strive to contribute as a part of it. However, this optimistic view of mine was shattered as I watched the 5th CSC Elections unravel.

What particularly struck me was the extremely low participation in the elections. Few people contested in it and all executive committee positions were walkovers. The level of engagement of the rest of the students was scant, although not surprisingly, considering the deep rooted disinterest and disillusionment in the elections and the CSC itself.

So from my perspective (which I acknowledge that might not be as well-informed, my-self being a freshman), I share three possible reasons for this phenomenon, each attributing to the different entities comprising the student population in the college.

Political apathy exists in some form or the other in most communities, but I am surprised to see it so widespread in Tembusu – the 48% voter turnout for the elections, proof of that. Considering that the voting took place right outside the dining hall during dining hours, and that the Elections Officers manning the polling booth were personally calling out to many passers-by (“eh, come vote eh!”), this indeed is an embarrassing number. 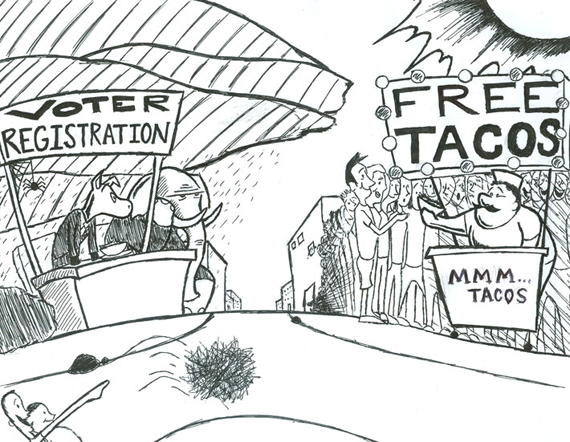 Perhaps, our lack of interest could partially be explained by the fact that we can no longer be forced into being involved in such matters owing to our busy schedules, unlike in secondary school where it was compulsory to vote in the student council elections. Things are different in university – it is harder for people to be bothered especially when the issues at hand do not seem to affect them directly.

All factors considered, I continue to believe that more people should take interest in the student government of Tembusu because this is a residential college and not merely an academic faculty. Tembusu is our second home and family – we not only learn, but also live here. In such a close-knit environment, it would only be reasonable to expect that the residents take interest in the manner their student government manages the college.

The CSC: Failure in appealing to and convincing Tembusians

Having faulted the general student body for their apathy, I think that not enough has been done by the CSC itself to reduce it. It is undoubtedly a big challenge for the CSC to involve the students in the democratic process in college – they have to actively appeal to them about their importance and relevance to get their attention. As hard a task as it is, the CSC has not enjoyed much success in this regard.

Though students may recognise most of the committee members as highly capable individuals, I have seen little respect or acknowledgement for the CSC amongst them. As a short and sweet summary of how many seem to feel about it, I quote a senior: “CSC is just… CSC.”

This chasm between the CSC and the student body could be because many are unsure of events, activities or initiatives that the CSC leads; hence resulting in a lack of appreciation of their accomplishments. The flip side to being unaware is that some are afraid that joining CSC would even be a hindrance to what they want to do for the college.

The CSC thus needs to be more visibly active in raising awareness about their initiatives. They must reach out to the residents to let them know that they are there to hear their voices and to act in their interests, in order to convince them that they are worthy of their attention and time. 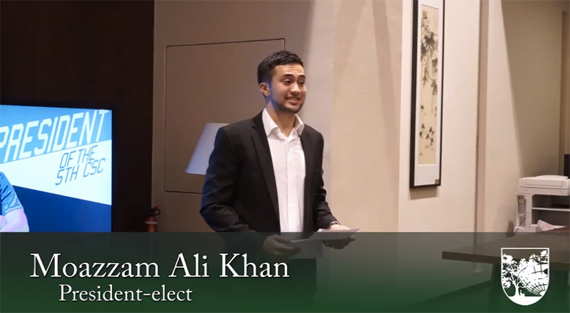 Personally, I still do not know more than half of the incumbent CSC – some of them were not present at the Rally and Question & Answer sessions which I attended. If even the incumbents were not interested to learn about their successors, how could we expect the rest of the student body to be bothered?

The Constitution and the Elections Committee: An inefficient electoral system

Moreover, the current electoral system does not encourage more contest of the stu-dents. Many distinctly strong candidates were seen running as a team in the elections, which possibly led to potential candidates getting intimidated and consequently, the low (if not non-existent) competition for the positions in the CSC.

In addition, leaving the determination of the exact portfolios of the directorship to the new elects seemed to me a rather redundant measure, as many candidates were already running for a specific position (the arts director, for example). Defining the positions up for contest in advance may have been better than having the vague title of Elected Officer, so as to spell out clearly the ways in which the new elects may contribute to the college.

Little was done to ensure the qualifications of the candidates either- basic questions regarding their prior experiences in relevant fields were not asked in their application forms. Instead, there was the proposer and seconder scheme, which I found of little value because the support for a certain candidate by other people does not necessarily prove much about the person’s capability.

The publicity efforts for the elections were also below par, as they comprised mostly of reminders of procedure, failing to engage the already politically apathetic student population. For example, the candidates’ entire application forms were pasted on the notice boards, making it difficult to read, even for those who were interested to find out more about the candidates. These few curious students had no choice but to stand in front of the boards to scrutinise the long write-ups in tiny letters.

All these issues unfortunately amounted to an election which neither did many participate in nor care about.

Despite all that I have discussed above, I must add that I continue to be inspired by the people and culture here. Tembusu turned out to be a place so much more than I expected it to be- and that is why I find it lamentable that in contrast to many other aspects of this college, its elected representatives are less significant than what they should be.

As naïve as this may sound (as some of the seniors point out to me), I believe that this can be worked upon. But for that to happen, we have to begin caring- because the fault lies within all of us.

Beyond the issue of the CSC and the elections, we need to remember that it is our shared responsibility as residents to nurture this close knit environment we live in. A part of our duty thus lies in encouraging the CSC to play a more active role in aiding the rest of us to do so. The point in having a student government is so that it can round up what everyone has to offer and set a direction for a college to move forward in; its role should not stop at merely settling administrative matters for the college, which unfortunately seems to be the case now, or at least what most Tembusians think it to be.

At the same time, just because the CSC has not managed to achieve this yet, it does not mean that the rest of us have an excuse not to care. The CSC and the rest of the college are not in a relationship where one judges the other’s achievements and stops at merely criticising its shortcomings. Instead, we have to find a way to improve on them together. Sadly, not many seem to be interested in doing so at the moment.