It is no easy task addressing an issue that many Tembusians feel strongly for, evidenced by the thorough discussion on Facebook in response to the recent TreeHouse article, written by Jonathan Tan aka Jonny, titled “Writing for Tembusu”. Yet, I will address some of the very important concerns Jonny raised in his article and contribute to the IG conversation on the whole. 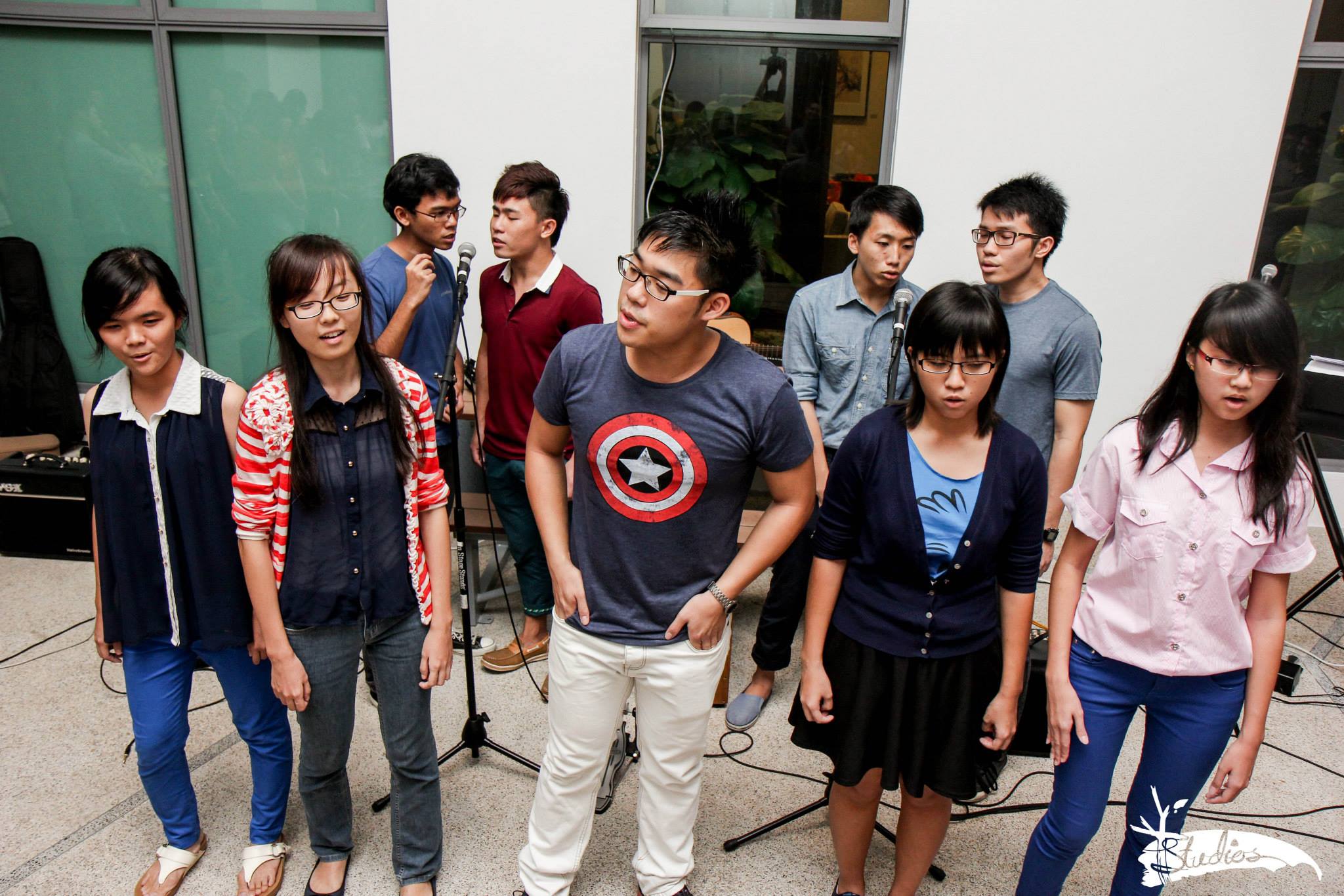 Firstly, I think it’d help to clarify the intended role of an Interest Group (IG) in Tembusu.

According to the Tembusu college website, “Tembusu is home to a large number of student-run interest groups. Students can join any of the existing groups; and if they are interested in something else, they are encouraged to form their own groups. Whenever they submit a successful proposal, the college provides seed funding that is administered through the student government.”

This is great as it sits inline with Tembusu’s tagline of being a “Home of Possibilities”. No hard-line restrictions are placed on students and Tembusians are encouraged to define their own interests and experiences. Essentially, it is the hope of the college that every member of the college finds a group that fits their interest and if these interests are radically different from what already exists, it encourages students to work on forming their own Interest Groups. We are held against no one’s yardstick and I truly appreciate the college for this.

In his article, Jonny made the following observations that caught my attention. While they are contextualized with respect to the writing groups in Tembusu, the points raised can definitely be abstracted to other IGs:

• IGs that have not worked have been scrapped and new ones have taken their place.
• These new IGs present a “better” or rather more focused versions of previous thematically similar IGs.
• However given the freedom and our bid to refine, there is little focus on longevity and sustainability of an IG.
• There exists a slight lack of clear communication, leading to a lot of isolated efforts rather than a communal one.

Thus, there do exist some longstanding problems with our IGs that need addressing. And while these issues have been bubbling up, it makes sense to take a step back and see what we have got right thus far.

It is easy to view attempts at remodeling IGs after our previous attempts as simple rehashing. Jonny notes that such a surge (as with the writing groups recently) is actually a refinement process. This involves looking at the nuances of the previously failed groups and learning from their mistakes. A bystander may be oblivious to such incremental improvement and thus may easily write off an improved group as “just another new IG”. This is a fallacy that many tend to buy into and thus new IGs should actively communicate how they are value-adding when starting. This idea of incremental improvement is great but comes at a cost of seeming fickle. So the challenge now becomes incorporating what’s good from before whilst keeping the mind the issues that are being raised about IGs.

In terms of concerns about our IGs, there are two main camps. One purports that IGs should retain their ephemeral nature as it allows for a natural reflection of interests and fluidity, with little bureaucracy. The other suggests that this very fluid nature is leading to sustainability issues, succession problems and sunk costs amongst other issues. And in the thick of this debate, it is easy to forget that we still lack viable solutions. Instead of comparing the pros and cons of each camp, I will instead attempt to extract what I believe are the better points of each camp and marry them together get a working model: a model that will help our IGs move closer to sustainability while retaining flexibility. Various members have contributed some of these ideas and I will try my best to give credit where it’s due.

There are several considerations that this new model should have. Does it

• allow for autonomy in exploration?
• allow IGs to evolve with the interests of the members?
• attempt to address the issue of sustainability and combat ephemerality? Offtrek after their Tioman Island Trip

I’d like to suggest an Arch structure as elaborated below.

An Arch structure would work by grouping and supporting a host of thematically similar IGs under the same Arch. The idea here is that unless you are working on something that is radically different from what’s already on offer, the IG will exist under an IG Arch, which acts as a resource pool. Additionally, each Arch would minimally have an advisor that would guide the IG heads in terms of their goals. To consider the “Writing” Arch, writers who are interested in specific forms/styles of writing can form their IGs under this Arch. Each IG would have a group of core members, running events either for themselves or the general Tembusu population. No one is subjected to conform to existing groups and can set up their own group if deemed necessary.

Of course, as is with Arches, every “stone” is fundamental in supporting the arch and hence every IG will be considered equally important. It is with such variety that the Arch will come to life and thrive. As Jonny states, “If we were to engage with each other’s work”, “there’s much growth and learning to be reaped”.

A benefit of an Arch system is the ability to share their resources (say writers or funds for publishing) and encourage collaboration instead of working in isolation. For example, seniors Rachael and Kellyn have highlighted that this allows for a better structure for all interested writers to communicate with one another and avoid unnecessary duplication of ideas/efforts (a point raised by another senior, Cedric). Thus, redundancy would be avoided and IGs would run a lower risk of having to end due to poor communication. In cases of IGs with similar goals, Arches can even discuss to see if existing groups can be merged to give birth to an improved and more focused group. The idea here is to have consensus that such mergers would evolve the IGs rather than ‘kill’ them. A closure may indicates that the IG was ended without any follow-up while evolution shows that there were obvious benefits to be repeated, especially in cases where IGs feel that their aims are converging. In addition, this process would raise the possibility of clarifying the role of each IG for Tembusians in general.

Lastly, as another two seniors, Joey and Chee Yann, have noted, evolving interests may mean difficulty in locking down IGs. While it is natural for one batch’s interests to differ from others, it would be prudent for IGs to actively look for successors in hopes of continuing the IG. Goals of the IG can evolve with the current members but with an ease-in period and available autonomy, members would be inclined to rework the IG than to shut it down and begin another one. I agree that this presents a hard problem but until ownership is taken, expecting IGs to stay afloat on their own is just silly. Having an Arch structure could mean that there is a regular across-the-board renewal of leadership for the IGs, something that would go far in sustaining IGs. Of course, if there is consensus that an IG isn’t needed anymore, then it can be dissolved in an official manner. If this happens, IGs should clarify the purposes of ending an IG. Is it because the IG truly no longer serves its purpose or is the IG redefining itself? Thus such an Arch system would ensure that IGs do not “disappear” and would provide a more formal structure to support and sustain IGs.

In cases of evolution, an Arch structure promotes the possibility of ensuring such an evolution is well supported given that they may tap into input from other groups if need be. In addition, such changes would have a greater likelihood of being better communicated to Tembusians and such new efforts will be viewed as a foray into new grounds. As simple as it seems, our perception plays a big role as to how effective our IGs seems. Thus, our IGs and Arches have the active responsibility of communicating their goals and any major changes they would like to embark on with the Tembusu community. A large part of perceiving longevity comes from seeing some sort of progress and if the IGs can make this more clear than operating in the shadows, it would do wonders for our appreciation and understanding of our IGs. 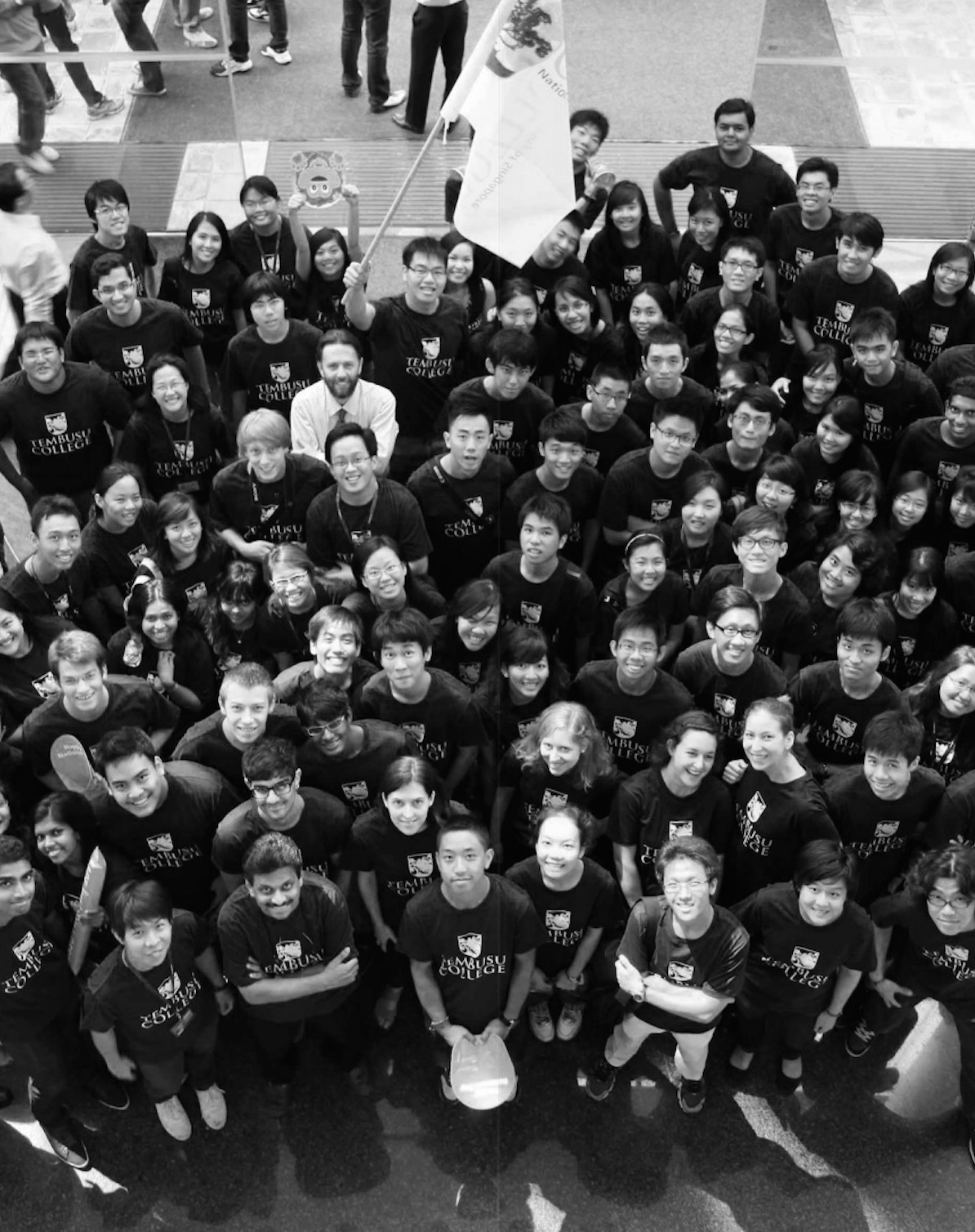 So while we address the longevity of our IGs, it is meaningful to look at our IGs as both situated within and as a part of Tembusu. While having a structure may make it easier to sustain our IGs, it takes an equal amount of initiative and effort to keep our IGs flourishing. Our IGs are like leaves, seemingly unimportant singularly but on the whole, play a huge role in keeping our Tembusu growing.

We owe it to ourselves to keep this tree standing strong, don’t we?