I had the privilege of performing stand-up comedy a few weeks ago for Tembusu’s Arts Week. As some might know [1], I am a big fan of comedy, but this was the first time I had ever actually performed stand-up. In light of this, I would like talk a bit about my experiences both watching and performing comedy. Before anything else, I must clarify: I am not an expert on comedy in any shape or form, nor did I become one overnight by performing stand-up once. But comedy means a lot to me, and I believe there’s so much more to it than just cheap laughs. So humour me, if you will.

Most people nowadays will encounter humorous content more often than they care to notice. Memes, Vines, Onion articles, and funny Tumblr posts are all over the Internet, and it will only get easier to create and share such content. Personally, however, I have always had a preference for more old-fashioned media; comic strips, sitcoms, and in particular, stand-up comedy.

Stand-up comedy is a very pure performance art: a single person with a microphone, talking directly to a crowd. There are no pretences to hide behind, no props or backstory, and feedback is immediate; every fifteen seconds or so, the audience will laugh (or not), and the comedian has to adjust to this reception accordingly. 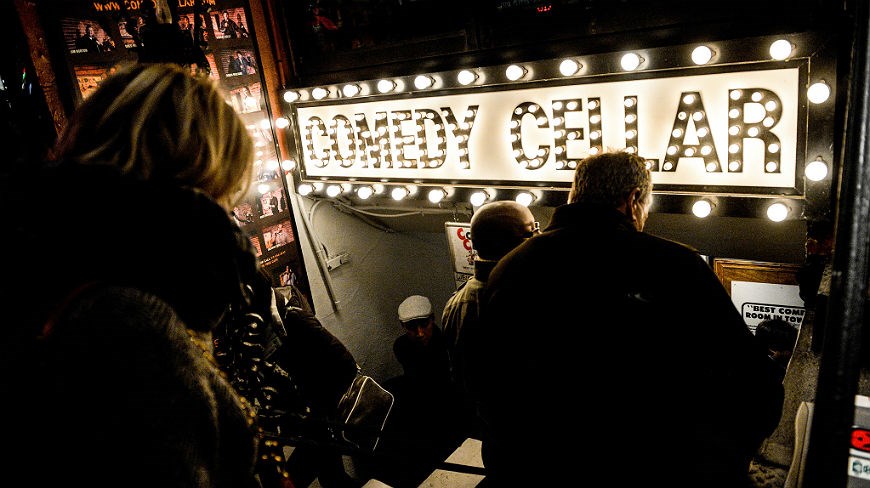 Done correctly, art often appears effortless. Whether music, dance, or comedy, virtuoso performers have a way of making difficult feats appear all too easy. An experienced comedian may give viewers the impression that he is simply speaking off-the-cuff, but nothing could be further from the truth. In stand-up comedy, jokes are all about timing. Comedians will write and rewrite a joke repeatedly to get the phrasing, the cadence, and even the number of syllables just right. None of this attention to detail will ever be known to the audience, but there is joy in the process of creating an original joke, and honing it to perfection.

Having performed stand-up, I found many parallels with the process of writing an essay or an article. At first, I had expected to feel nervous about the audience’s reception, because as I’ve already mentioned, the response of a crowd is an integral part of stand-up comedy. Eventually, however, I realised that I probably couldn’t do much to influence the audience per se, and that it would be far better to focus on improving what I could control; the quality of my material. When the time came for me to do my act, I had already invested considerable time and effort in refining my jokes. This gave me the confidence to face the audience [2], regardless of how well I did.

Writing an article for Treehouse is more or less the same. I try not to get too concerned with how readers will respond to any of the things I write. Instead, I work hard to make an article as good as it possibly can be. So long as I’ve tried my best to do justice to the subject matter, I am satisfied regardless of how many people read (or ignore) what I’ve written. And once again, the process is often far, far more rewarding than the result.

This might seem ironic, but I take comedy very seriously. I think a comedian has a responsibility towards his audience. Some comedians [3] think they’re superior to their audience, just because they’re on stage holding a microphone. I couldn’t disagree more. If anything, the fact that people are taking the time to listen to a comedian means that he (or she) has a duty to say something meaningful in return [4].

I firmly believe that humour is meant to help others. Comedy should be about empathy. This is why I tend to make jokes about school life, because that’s something everyone around here can relate to. Studying in university can be stressful, and everyone is bound to feel overwhelmed at some point. But hearing someone talk about this publicly, and in a way that is lighthearted, can be a cathartic experience. It’s comforting to know that one is not alone in feeling this way, and laughter can help us better deal with these negative emotions. 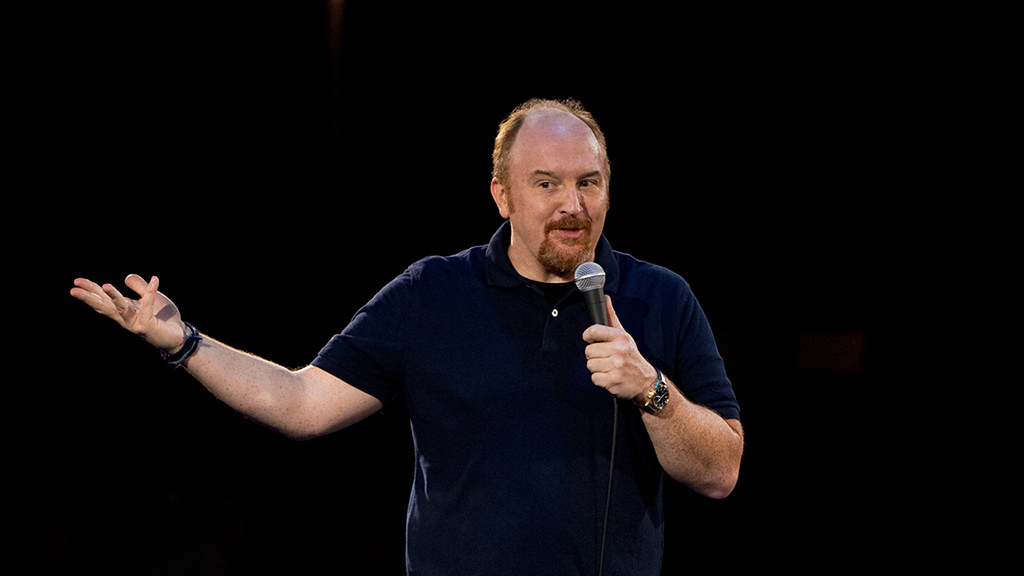 This is also why my favourite comedians are those who try to be personal with their listeners. There is an almost confessional quality to a monologue delivered by Louis C.K. or Craig Ferguson; they’ll talk about their experiences with middle age and fatherhood, or make self-deprecating digs at their own shortcomings. But you can tell that they speak from the heart, and that goes a long way to getting the audience to connect with them. The laughter they receive is created in good faith, often tinged with relief, camaraderie, or even melancholy.

Like many other forms of art, comedy offers the opportunity to lie and tell the truth at the same time. Many of the anecdotes and observations that a comedian might share are filled with half-truths and exaggerations, but this takes nothing away from their value as stories. And fictional or not, stories can help us make sense of the world, by showing us other points of view. Good stories make us reflect on the things we take for granted, or might be afraid of [5]. At their best, stories teach us how to live better. After all is said and done, what could be more important? 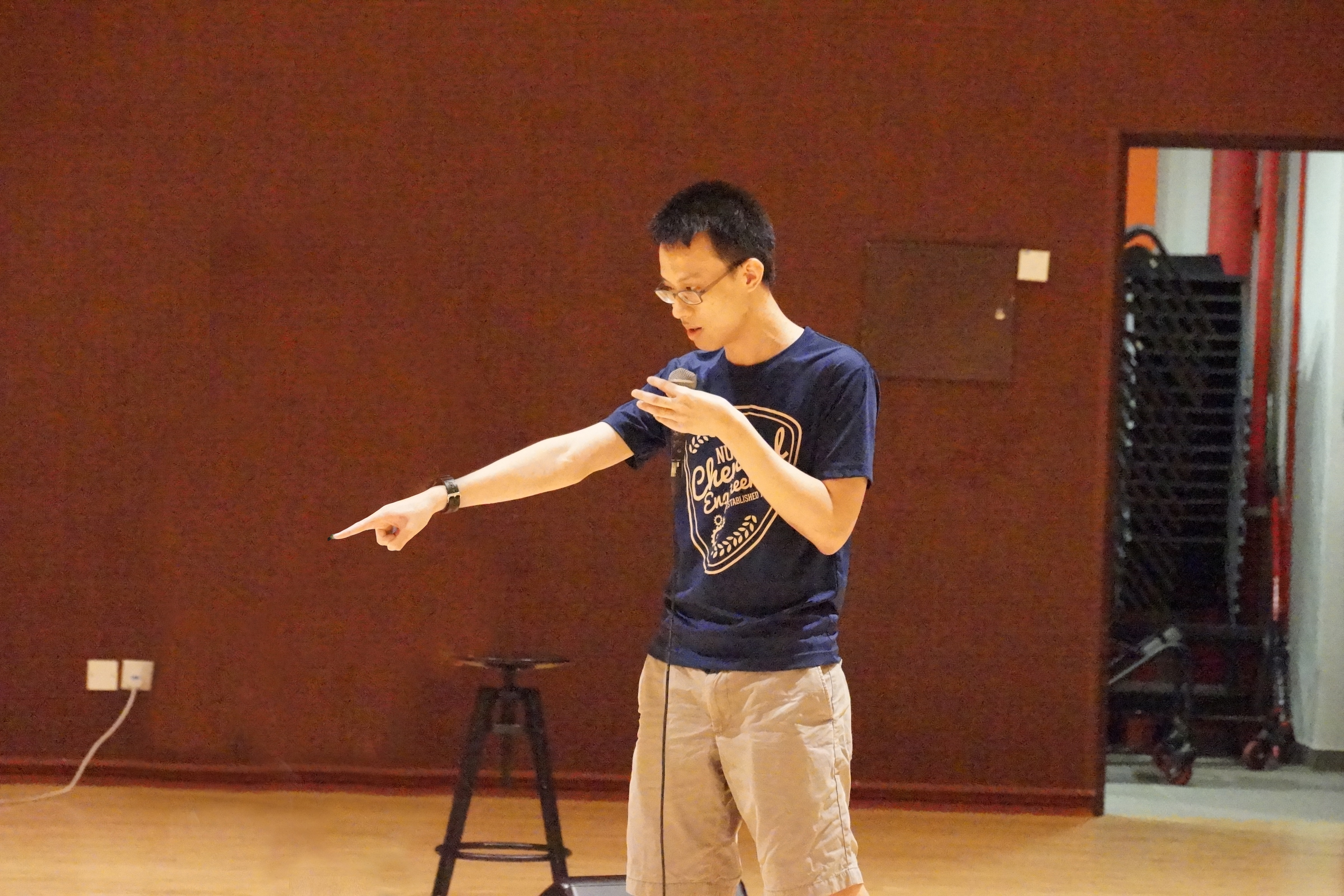 Me, gesticulating wildly at an imaginary object. This joke was funny, I promise. (Image by Tay Ying Hui)

Having made it this far, you’ve probably realised that though this article is about humour, it hasn’t done much in the way of actually being humorous. Sorry to disappoint you. In any case, I’ve been rambling on for quite some time now, and the word count of this piece is steadily creeping upwards.  Treehouse editors have a habit of cutting articles down if they’re too lengthy, so I had better wrap this up quick, before they

[1] This is a small subset of the already-few people who know me, so we’re talking a really tiny group of Tembusians here.

[2] That said, the crowd was very, very encouraging, and for that I am immeasurably grateful.

[3] Jerry Seinfeld and Bill Maher, to name and shame two.

[4] Profound as this observation is, I cannot claim credit for it; Ricky Gervais made the same point on an HBO Comedy Special called Talking Funny (from which this article borrows its name).

[5] Louis C.K. put it best when he said “A great thing about comedy is taking people to places where they have fear and foreboding… and (by) making them laugh in that place, you help them.”

Wei Xiang’s two favourite things are books and music. His idea of a good night is one spent reading a thought-provoking novel, with an album playing softly in the background. Of course he has many other interests as well, but those tend to involve, you know, going outside.