“I want to change house,” I told someone over a dinner conversation in the Dining Hall one evening. “Gaja doesn’t take sports seriously.”

My disillusionment wasn’t without justification. Two Fridays before, I attended my first house Captain’s Ball training, arriving on time at 7pm, only to find that I was the only one there.

It was an embarrassment. I sat in the MPH hoping (almost in vain) that other house mates would show up, as I watched Shan’s Tchoukball team train. I felt foolish, almost helpless. How could I chase Shan off the court for a Gaja training that couldn’t get off the ground?

While my teammates did eventually show up, it didn’t stop me from being sceptical about our chances of victory at THG. In the build-up to the games, I watched jealously as other houses trained together during various IG sessions and played friendlies between their teams. On the other hand, I always belonged to the chapalang team – often a mixture of students from different houses which couldn’t form a team to play. We were sometimes called “Poncho” (go figure).

By the time Day 1 of THG came, I had conditioned myself to think that having enough players to form a Gaja team would be a victory in itself. I had registered for three sports: Tchoukball – a game I had only picked up in Week 1, Captain’s Ball – the easiest game on the list to me at that point, and Football – by far the best sport in the world.

Forget about winning. And win we didn’t. Football started early on Saturday morning, and Gaja’s team lost three games and drew one, scoring none and conceding many over the course of four matches. I wasn’t particularly affected by the (lack of) results, it just felt good to finally be kicking a ball again, after what had been almost two weeks without football.

I decided to head over to the RC4 MPH as a dodgeball spectator after lunch that afternoon, as I didn’t have games for the rest of the day. Whilst there, I found myself tremendously entertained by the speed and enthusiasm at which the players hit the ground in an attempt to stay alive in the game.

But it was something else I heard along the sidelines that really captured my attention as I approached the second day of the games.

“We might lose this one… I prioritised participation over winning,” said Rajesh (who was coordinating Gaja’s badminton exploits) to Yee Han, when he was asked how the badminton team was doing. Instinctively, my internal alarm bells were set off. Who would prioritise participation over winning? It seemed foolish to me, even if not to anyone else. Yee Han nodded understandingly, and Rajesh admitted to the possibility of losing without any hint of regret. Perhaps my notion about what THG should be like was entirely wrong.

Bearing this in mind, Day 2 proved to be an unforgettable experience.

Prior to this, I made it a point to attend Tchoukball trainings on Thursdays, and more often than not, I was one of the only players from Gaja. On a good day, we might have had five players at Thursday training – still not enough to form a team.

As the Gaja ‘Tchoukballers’ gathered in the lobby for breakfast on Sunday morning, I looked around. I had never played a game of Tchoukball with some of them before, but there we were on that morning, about to call ourselves a team.

We entered our first game free from the pressure of having to win, perhaps completely resigned to the ‘underdog’ tag that had surely been placed on us.

However, a surprise awaited us as the referee announced the results as the end of the game. We had won! I don’t remember the score, and it probably wasn’t a huge victory margin, but it didn’t really matter at that point. Victory was surreal, and victory was sweet.

This went on for the next two matches, much to our delight. It would be important to mention at this juncture that in our second and third games, Gaja had players on court who, until that morning, had never played a proper game of Tchoukball before.

What was notable was the atmosphere that was beginning to build within the MPH. It wasn’t just amongst the Gaja team, but amongst all the teams that a spirit of encouragement was starting to build.

I saw high-fives all around — between teammates and between opponents (even in the midst of games) — all for no good reason except that we wanted to brighten up someone else’s day. I too started to greet players even before our games started. It felt like the right thing to do, and I was gradually beginning to understand what THG was about. Old players were coaching new players on court, and new players were guiding even newer ones. It didn’t matter if it was your first time, all that anyone needed to be accepted on the courts that morning was an enthusiastic heart. 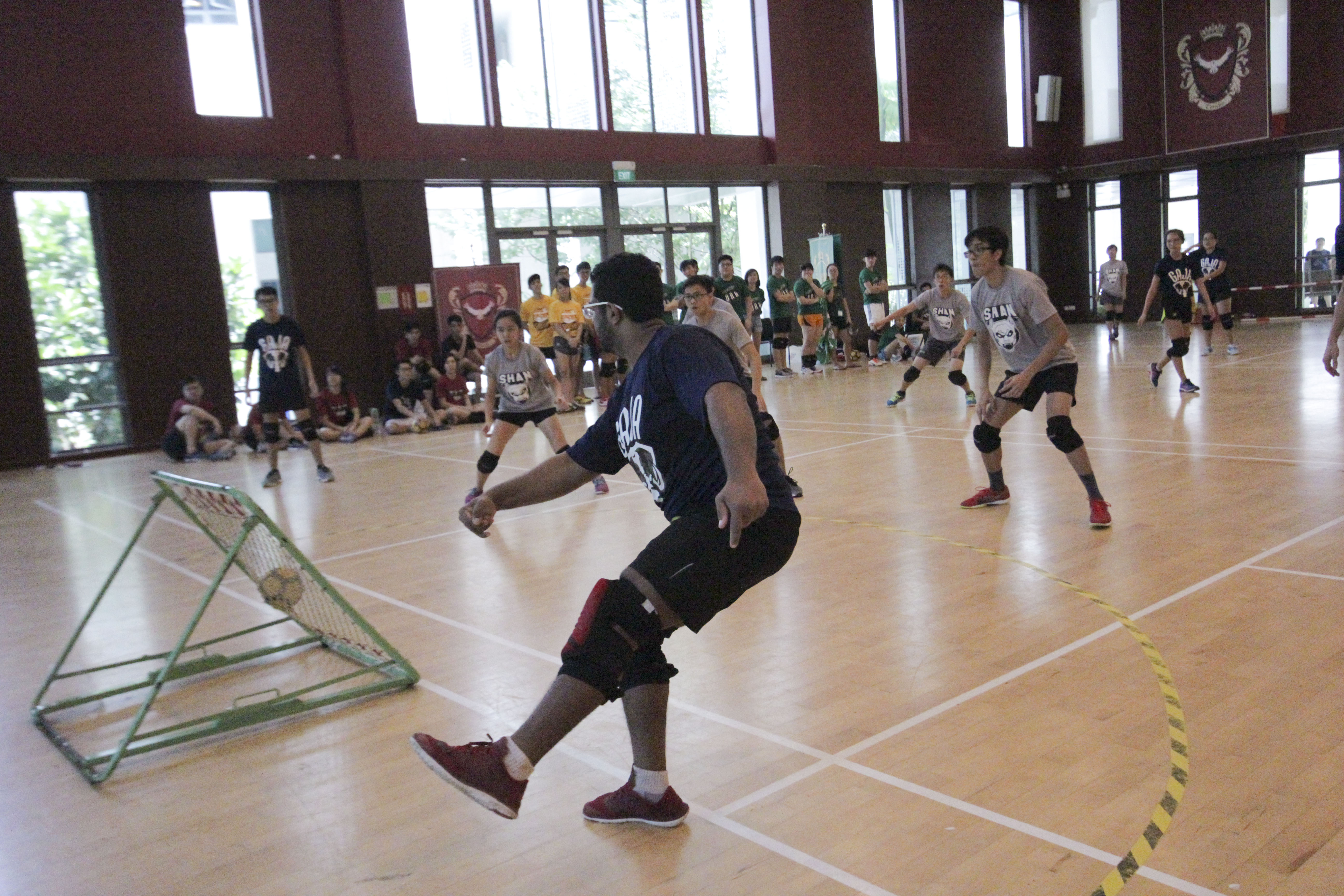 Much credit should be given to the Tchoukball officials, who enforced the compulsory post-game handshakes, which I feel set the right tone the games that morning. In addition, I would like to thank Kai Kiat from Ora, who exemplified the ‘One Tembusu’ spirit by coming down to train the Gaja players during our trainings just because he is a nice guy.

It is my hope that everyone took something away similar lessons from this year’s THG. Over the course of the games, many teams may have lost just like we did in the finals, but it was a morning of triumph for sportsmanship and college spirit.

Participate in THG next year, and you’ll be guaranteed to have a good time, especially if you are new to the sport you’re playing. It doesn’t matter if you come from a three-floor house without enough players. A college community is guaranteed to have your back, ready to coach, encourage and support you. Most of all, we prioritise participation over winning.

Keng Gene is a Year 1 FASS student who believes that waking up without funky eyelids is a fantastic start to each new day.